And the prize for global nuclear security goes to… China

And the prize for global nuclear security goes to… China 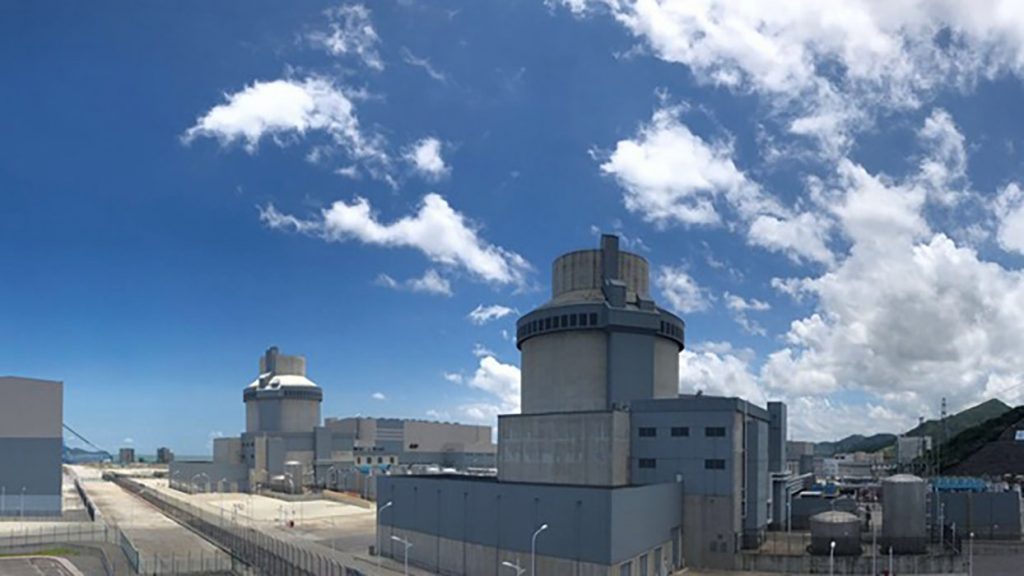 In the mass media lately—and in presidential tweets—China has often come off poorly, due in part to the Chinese government’s authoritarian stance on human rights, its trade practices, its reliance on heavy-handed surveillance of its population, and its recent history of suppressing debate.

But in at least one area, the Chinese government shines: nuclear security.

In fact, when it comes to nuclear security policies and practices, as well as laws, regulations, management, monitoring, and the structure of emergency response, the country is unusually transparent—and readily meets international standards. As a result, China is poised to play a leading role in global nuclear risk reduction efforts in the coming decades, at home and abroad. This trend can be seen by China’s many commitments within the Nuclear Security Summit process, its cooperation in bilateral nuclear security structures with the United States, and its efforts to remove highly enriched uranium from a Nigerian research reactor (that China itself played a role in building).

But what do recent Chinese nuclear security efforts reveal about how China will approach setting the agenda for the future? And how is China’s approach likely to evolve in the coming decades as arms control becomes less prominent, China becomes a larger exporter of nuclear technology and materials, and China asserts its own priorities in other forums?

China’s approach to nuclear risk reduction. Chinese participation in the Nuclear Security Summits has played into China’s long-standing self-perception as the most responsible of the major nuclear powers. Indeed, China has joined nearly all international legal instruments relevant to nuclear security, and the obligation to fulfill the many requirements of these instruments has been the major driver of improvements to Chinese nuclear security capabilities. Since the first Nuclear Security Summit in 2010, China has drafted a relatively complete set of nuclear security policies, implemented a series of domestic laws and regulations, and established a fairly complete system for nuclear security management, monitoring, and emergency response.

Though China was active in all of the summits, it was not until the 2016 summit that Chinese nuclear security commitments and activities grew sharply—when it signed six joint statements. The evolution of its level of commitment from the first summit to the last one also indicates Beijing’s cautious approach to the issue: It waited to see whether the momentum behind global nuclear security efforts would grow before fully committing itself.

Though China’s nuclear program was developed in a closed political environment where discussion and debate was suppressed, China has been unusually transparent about its nuclear security policies and practices—which, not coincidentally, has led to greater confidence about China in this area from the international community. This level of transparency can be credited to both the Nuclear Security Summits and, to a certain extent, the Nuclear Threat Initiative’s Nuclear Security Index—a ranking of nuclear security conditions worldwide, that began in 2012 and takes place every other year.

Each iteration of the Nuclear Security Index assesses the security of a country’s handling of some of the world’s deadliest materials—specifically, highly enriched uranium and plutonium, which can be used to build nuclear weapons. Moreover, each index analyzes the security of the nuclear facilities which contain these materials—and which, if sabotaged, could release dangerous levels of radiation. All the reports are written and produced by the nonprofit and nonpartisan Nuclear Threat Initiative.

Among other things, each biennial index assesses the risk of theft of some of a given country’s weapons-grade nuclear material for use in building a nuclear device—technically known as “theft-ranking.” (More details can be found at this FAQ.) In the very first index, China’s overall theft-ranking score was 52 out of 100, with 100 being the highest possible score for nuclear security and 1 being the lowest, or most vulnerable to theft. China’s score at that time placed it in the bottom tier—27th out of 32 countries with significant quantities of weapons-usable materials. But in the most recent iteration, China’s theft-ranking score shot up 19 points to a score of 71. (At the very top were Switzerland and Australia.) Since the index began reporting in 2012, China was the second most-improved country in theft-ranking, just behind Japan.

In addition, China’s statements and behavior at various multilateral forums devoted to nuclear nonproliferation also provide insight into the Chinese government’s thinking about nuclear security. China typically espouses pronouncements relating to “upholding the authority and solemnity of the NPT [Nuclear Non-Proliferation Treaty]—the cornerstone of multilateral arms control and nonproliferation.” And, at a meeting of the Nuclear Suppliers Group, China said it was seeking “a non-discriminatory solution acceptable to all based on full consultation,” while imploring members to “follow the rules and procedures.”

There was also China’s public pronouncement of its “three no’s policy” in the early 1980s, where it pledged no advocating, encouraging, or engaging in nuclear proliferation. This policy continues to be the cornerstone of Chinese policy at international events; for example, Fu Cong, head of the arms control department at the Chinese Foreign Ministry, announced that China firmly opposes nuclear proliferation in whatever forms, and called for political resolution of regional nuclear proliferation issues in a responsible manner. China continues to advocate for the preservation of the NPT’s three pillars, and repeatedly calls on the United States and Russia to take the lead in making “drastic and substantive reductions in their nuclear weapons.” And at the same time, China is also increasingly willing to spread technologies for the peaceful use of nuclear energy around the world,

China’s proclamations on nuclear risk reduction are likely motivated by two factors: First, its long-standing nuclear weapons history. And second, its self-image as the most responsible of the nuclear powers, as opposed to one that is dangerous and expansionist. China became a nuclear weapon state in 1964 and has stuck by its strategic doctrine of no-first-use ever since, providing security assurances to non-nuclear weapon states, and affirming its commitment to the spread of nuclear energy only for peaceful purposes. Consequently, China’s behavior in the realm of nuclear security is a logical continuation of its approach to nuclear risk reduction in general.

What kind of agenda might China put forward? As China assumes greater global leadership on nuclear security efforts, its approach to nuclear security policy making since 2010 will likely serve as a blueprint to its future priorities and actions. China is likely to build off of its past accomplishments by strengthening international nuclear security cooperation in two main ways: by continuing in areas of Chinese-US cooperation, and by building on the capabilities of its State Nuclear Security Technology Center. Let us consider each of these approaches in turn:

Build on China’s State Nuclear Security Technology Center capabilities. Because this facility—jointly built by China and the United States in 2016, in Beijing—is one of China’s most prominent contributions to national and regional security, it makes sense that China would rely on it to take the lead in developing regional cooperation in the future. And China could use this  facility—also known as the National Security Center of Excellence—to more firmly establish itself as a regional leader in training others on best practices for nuclear security; and expand exchanges and cooperation with other countries and international organizations. In particular, China can use its expertise as a platform to assist other countries with nascent nuclear security capabilities and enhance nuclear security within the Asia-Pacific region and globally—a growing concern as countries within East, Southeast, and Central Asia focus on expanding their nuclear power programs.

Together with its progress on nuclear security, China has outlined specific policies on nuclear nonproliferation, including within the export control regime and civilian nuclear cooperation. These actions suggest that Chinese leadership within the broader global nuclear risk reduction system would prioritize international cooperation and engagement, affirming China’s role as a responsible nuclear great power.

The United States and others should be prepared to welcome Chinese leadership in nuclear security, especially at a time when there is not much agreement between China and the United States on nuclear (and other) issues. Even though China continues to modernize and expand its nuclear arsenal—and, to a certain extent, provides cover for North Korea’s nuclear weapons program—its leadership role in nuclear security efforts should be encouraged.