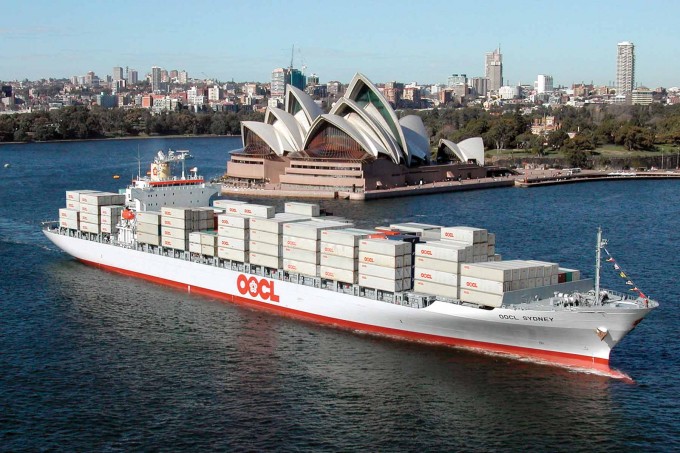 According to Alphaliner, streamlining services on the North Asia-China-Australia trade will remove around 4,500 teu of weekly capacity and make five classic panamax ships redundant.

For example, Alphaliner said, the joint Australia Express service by ONE, Yang Ming, Evergreen, APL and Hapag-Lloyd would be closed in its current form; as will a service jointly operated by Evergreen, APL and HMM, both being replaced by alternatives by the end of this month.

“Spot freight rates on the China-Australia [trade] have risen by more than 370% since June, when rates reached an all-time low of just US$249/teu,” Alphaliner said. “The latest capacity adjustment is aimed at retaining the spot rate gains, despite weakening demand on this route.”

Greg Paradine, Oceania product manager at Maersk, said: “We have seen an overall reduction in containerised trade from China to Australia, year on year, with only a slight, and relatively short, peak season.

“This has resulted in adjusting our capacity to effectively meet the market.”

One global forwarder’s Sydney-based regional sea freight manager said: “Something had to happen. According to Container Trade Statistics, teu volumes [on the North Asia-Australia trade] shipped are down 6.2%, year on year,” he told The Loadstar.

“This follows at least five years of growth in volumes shipped, with rates falling below $300/teu in the slack season. Although carriers’ pockets always seem incredibly deep, there has to be a breaking point.”

Capacity reductions, carrier alliances and consolidation have left some stakeholders in Australia concerned at the reduced service options for shippers.

However, according to a recent report on the country’s container shipping market, by the Australian Competition and Consumer Commission (ACCC), liner connectivity has “remained stable, if not marginally improved, compared with levels prior to the 2008 global financial crisis”.

Although, it adds, connectivity has not improved as much as in New Zealand, where ports such as Tauranga can handle larger containerships than Australian terminals.

Nonetheless, the consolidation of shipping lines through M&A and alliances has been cited as a key cause of the increased competition between terminal operators in Australia and their move to pass on operating costs to truckers and shippers through despised ‘infrastructure charges’.

So far, according to The Loadstar’s forwarder source, space availability has remained stable, but smaller players could be struggling.

“It is sometimes difficult on a volatile trade like Asia-Oceania to know what is a true generational change in space availability versus cyclical fluctuations,” the forwarder said. “But I would say, based on our experience, finding space does not seem to be getting significantly better or worse. This may be, however, a function of our size on the trade.

“I think the small- to medium-forwarders that rely on a smaller number of smaller players may be struggling more, as the diversity of carriers participating directly is dropping, with the big getting bigger and the smaller dropping off.”