Opposition Senator Leila de Lima has urged the Senate to look into the feasibility of implementing a centralized system of procuring motor vehicles for all national government agencies under the Executive branch, saying such policy can breed large-scale corruption and hamper local government units’ (LGUs) efficiency. 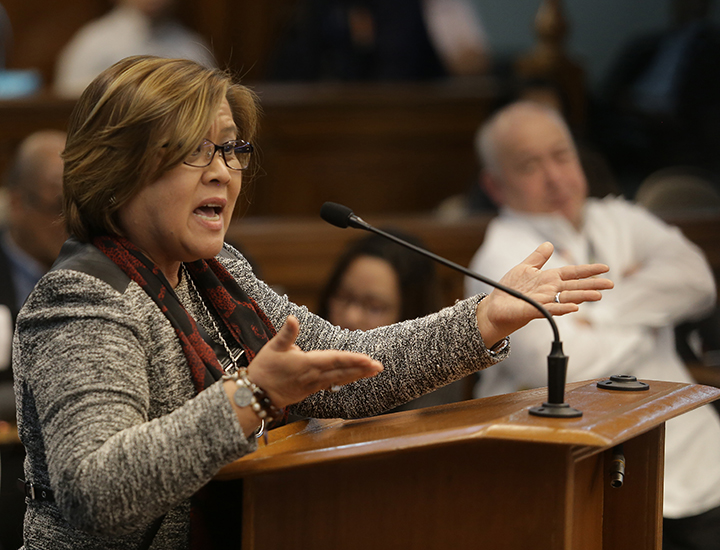 De Lima reminded that public procurement is an important component of fiscal administration as it contributes to national economy.

“Centralization of procurement goes against the very principle of devolution of power enshrined in the Local Government Code,” de Lima warned.

“The principle of devolution places the burden on the national government to prove that certain functions could not be performed by local government units before centralizing the same,” she added.

The detained senator recently filed Senate Resolution No. 209 which seeks a review of President Rodrigo Duterte’s Administrative Order (AO) No. 14, issued in December 2018.

The AO mandates a centralized system of procuring government motor vehicles, which covers all national government agencies under the executive branch, as well as LGUs.

Pursuant to AO No. 14, the Government Procurement Policy Board (GPPB) authorizes the Department of Budget Management (DBM) and the Procurement Service (PS) to issue specific procedural process for the operationalization of a centralized procurement of motor vehicles as common-use supply and equipment.

The DBM then issued Memorandum Circular 2019-03 and declared that the acquisition of the government-owned motor vehicles in its list will already be under a centralized procurement system, in compliance with said A.O.

But de Lima, a former justice secretary said it is the duty of the Duterte administration to empower LGUs instead of doing otherwise.

“There is need to ensure that the national government does not overstep its power of supervision over the local government units,” she said.

While centralized procurement promotes reductions in prices of goods and services, De Lima pointed out that some experts have warned that such policy is highly susceptible to corruption due to the facy it involves large-scale projects and massive allocated budgets in awarding government contracts without clear safeguards in place.

“With such vulnerabilities and lack of a transparent system of procurement, fair competition and lower cost and prices might not be achieved with high probability of leakages,” she explained.

There are also serious concerns in the absorptive capacity and the necessity for more technical knowledge of procurement personnel to implement the centralized purchase and procurement system.

“It is imperative to look into the readiness of the primary agencies i.e, the DBM and PS, tasked to implement this system, the transparency mechanism and other vital safeguards in-place to avert possible large-scale corruption and assurance of timely purchase and distribution of such motor vehicles that is demanded by the constituencies it may be of service,” de Lima said.