The knee-jerk reaction from Comcast (NASDAQ:CMCSA) shareholders could easily be one rooted in concern. The company’s television presence, primarily NBC, is reducing the total number of television commercials it airs in order to make more room for coronavirus coverage. But the network may not be reverting back to its old ad load once the pandemic is in the past.

Linda Yaccarino, chairman of NBCUniversal’s advertising and partnerships, explained in a message penned earlier this week that the COVID-19 outbreak had merely accelerated plans to do much of what’s now being done. That includes fewer TV spots and more free tools for advertisers. Yaccarino didn’t specify exactly how much less ad space would be available, but it’s alarming all the same.

Investors need not worry about it too much, though, for a handful of reasons. 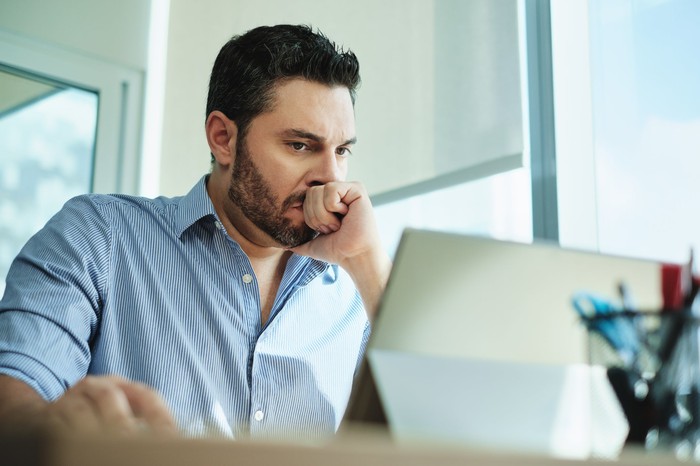 It’s a decision that couldn’t have come at a tougher time.

Unsurprisingly in the wake of coronavirus-related lockdowns, demand for ad space has fallen of late. Ad prices have followed that trend. Media buying firm Magna Global believes linear TV ad sales will fall 20% during the first half of the year.And it’s not just television, either. Web venues like Facebook (NASDAQ:FB) and Alphabet‘s (NASDAQ:GOOG) (NASDAQ:GOOGL) Google are facing significant ad budget cuts.

In other words, maintaining its advertising capacity levels may have done NBCUniversal little good anyway.

Still, the network and its specialty channels like Bravo and E! are commanding lower prices on shrinking ad inventory levels, setting the stage for a significant hit to the company’s broadcast advertising business. Exacerbating that impact is the decision to give away what used to be revenue-bearing services. “[T]o allow companies to reach their customers directly in their homes and generate much-needed sales, our teams are scaling our new commerce technologies, while waiving technology fees,” explained Yaccarino, who went on to say “Simultaneously, we’re opening up more creative services, building custom marketing materials for more clients, and giving our partners more access to remote production teams, brand assets, and talent — all without the associated fees.”

It sounds expensive, with no clear payoff given the environment. This is one of those instances, however, where a little short-term pain now leads to much more long-term gain later.

It’s difficult to see it as a consumer, but NBCUniversal — and Comcast for that matter — has been busy of late rebuilding its advertising apparatus.

The short version of a long story: NBC, its affiliates, and Comcast’s other specialty television channels aren’t going to continue selling ads as they have in the past. The company unveiled what it’s calling One Platform in January, which “can optimize, plan, deliver, and measure audiences across all video distribution points.”

Simply put, One Platform uses technology to deliver a product to advertisers that arguably should have been made available years ago. NBC and Comcast’s other television brands know far more about their viewers than has been leveraged. This tool lets advertisers utilize that information. Most notably, it will integrate nicely with Comcast’s streaming service called Peacock that launches in July. As NBCUniversal’s executive vice president of business operations and strategy Krishan Bhatia put it in February, with One Platform in place, “every impression will be data informed.”

Given the sheer quality of advertising options NBCUniversal is now making available to marketers, it’s conceivable the company could make just as much if not more revenue now than it did before the coronavirus contagion disrupted its developmental cadence.

Only time will tell to what extent that happens. But, considering major names like Target, Eli Lilly, and Unilever were willing to commit hundreds of millions of sponsorship and ad dollars to a One Platform-powered Peacock by the beginning of this year (before even seeing what the final product was), then clearly there’s something impressive about its potential for marketers.

Not a big factor either way

Here’s the kicker: For all the discussion that’s circled NBC for months now, it’s not a huge deal for Comcast. Of last year’s $109 billion top-line revenue, broadcast television only contributed $10.2 billion of it, while cable channels only generated $11.5 billion worth of business. Comcast is predominantly a broadband and cable service holding which, when counting Sky, drives more than two-thirds of the company’s sales. Peacock and One Platform could both be relative flops, and it still wouldn’t be devastating. Conversely, both could deliver heroic results, and it wouldn’t be game-changing.

On balance, though, this revenue mix is more advantageous than not. If advertisers are slow to embrace One Platform or Peacock gets a mere lukewarm response from consumers, the company has plenty of time, money, and room to fix it.