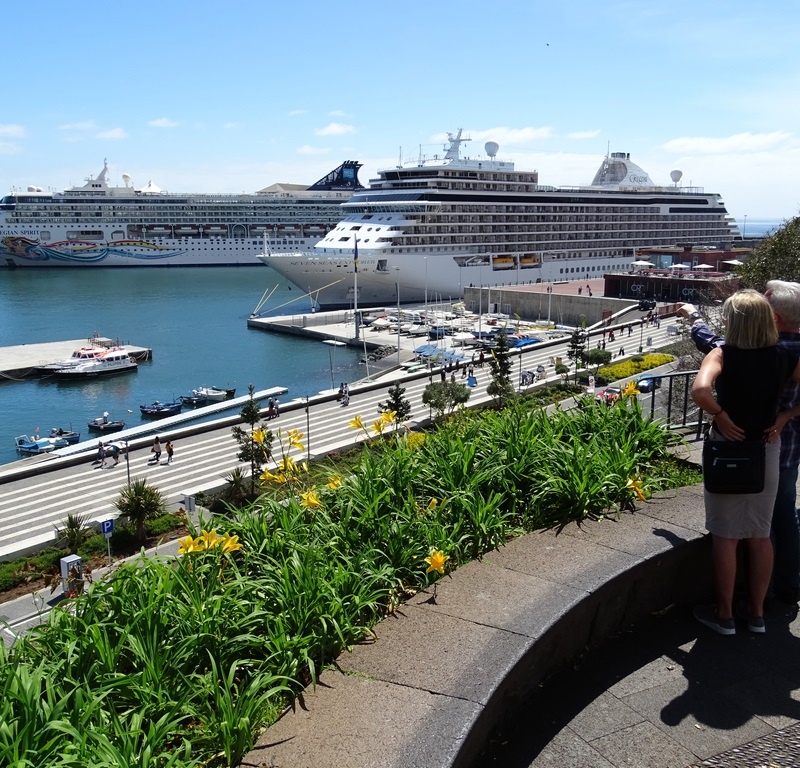 He said the company will continue to make investments and cultivate partnerships in the region, noting the new pier NCLH has agreed to build in Ketchikan, its purchase of waterfront property in Juneau, and the construction of a second pier at Icy Point Strait.

“We are investing in port facilities and guest experiences,” he said. “Alaska is destination-centric and you much have the land capabilities in place. We have almost doubled our capacity in Alaska over the past three years and will be stronger as we finalize our investments.”

He cited what he called “incredibly strong ticket pricing and onboard spend” in the Alaska market and also noted the lengthening of the season, which now runs all the way from April to October.

Del Rio also commented on Norwegian’s European deployment and that its ships there are benefiting from global sourcing. While North American guests comprise the largest portion of passengers, the second largest portion are passengers from Asia, Australia and South America. “We know that guests who fly a long way are higher yielding guests,” he explained.

Elsewhere, demand for Caribbean sailings remain strong for all three brands, according to Del Rio, who said he does not expect to see any demand deterioration for the region.

With its newest ship, the Encore, set to enter service from Miami later this fall, Del Rio said she is the best booked and best priced ship in Norwegian’s history.

The company’s premium brands are also doing well with 70 percent of their capacity already booked for 2020, despite more capacity. The Regent Splendor was said to generate the highest ticket prices ever for the brand.

The ban on Cuba cruises and Hurricane Dorian, however, impacted the Bahamas market, but he expects the impact to diminish over time and also as ships are moved into more lucrative programs.

Driving higher average ticket prices and onboard spending than the other major companies, Del Rio said NCLH is always working to raise prices across all three brands.

“We invest in creating market demand instead of reducing prices,” he added.

That also includes reaching consumers earlier in the booking process, before they get on the ship, with pre-sell offers.