The Polisario threatens to besiege a phosphate cargo in New Zealand

The Polisario threatens to besiege a phosphate cargo in New Zealand 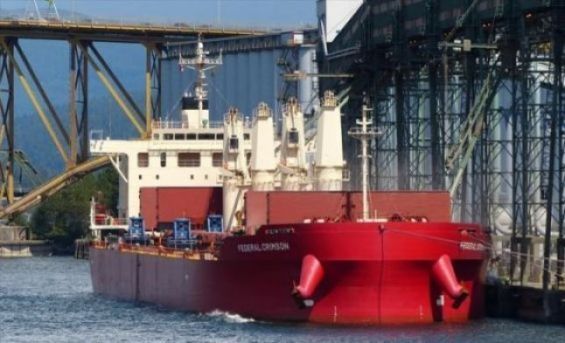 Support groups from the Polisario Front have announced that they are planning to besiege a ship loaded with phosphate rocks when docking at the Canterbury port in New Zealand in December.

According to the Front’s press agency, these pro-Polisario activists intend to «besiege the ship with a fleet of boats as soon as it docks at the port to denounce the involvement of the New Zealand company Ravensdown Down in the plundering of the resources of Saharawis».

In December 2018, pro-Polisario activists observed a sit-in at the port of Dunedin town (southern New Zealand) mobilizing only ten people, when protesting against the arrival of a phosphate cargo.

The Polisario relies on the support of a trade union

This time, the Polisario relies on the support of the Rail and Maritime Transport Union (RMTU), a New Zealand trade union, to mobilize locals. In a communiqué released on November 21, the trade union accused the New Zealand company and the carrier of being «blood phosphate importers», stressing that they «prefer confrontation to dialogue».

Earlier in November, the head of Phosboucraa published a column in a New Zealand newspaper, refuting the accusations of pro-Polisario activists. The article recalled the integration of Sahara products in the amended version of the agricultural agreement and the conclusion of the fisheries agreement in 2019 with the European Union.

Phosboucraa ensures that «OCP does not receive any» of its dividends and that «all profits are reinvested in the region to maintain and develop its activities and support the local community».

In July, the Polisario Front threatened to take legal action in New Zealand against companies like Ravensdown and Ballance Agri-Nutrients because they continue to buy phosphate from the Sahara. A spokesman from the company explained that «buying phosphate mined in Western Sahara by the company Phosboucraa was in full compliance with international, national and local laws and regulations, including UN provisions for trade with non-self-governing territories».