This story is part of the GP100, our annual roundup of the best products of the year. To see the full list of winners, grab the latest issue of Gear Patrol Magazine.

The apparel industry is one of the world’s top industrial polluters, and it’s been that way for years. According to the Ellen McArthur Foundation, greenhouse-gas emissions from textile production totaled 1.2 billion tons of CO2 in 2015 — that’s more than all international flights and maritime shipping combined. The foundation also found that the dyeing and treatment of textiles contributes to 20 percent of industrial water pollution globally. Meanwhile, the laundering of synthetic garments releases almost 200,000 tons of microfibers into marine environments every year, according to environmental consulting company Eunomia.

If you find these statistics sobering, just wait; the situation is only likely to get worse. McKinsey and Company, a management consulting firm, found that “clothing production doubled from 2000 to 2014, and the number of garments purchased each year by the average consumer increased by 60 percent.” Fueling the voracious cycle? The fact that a staggering 60 percent of all clothing produced ends up in incinerators or landfills within a year of being made.

Within the apparel industry, there are some glimmers of hope, driven in no small part by the most unlikely of players: Levi’s. While the company is one of the largest clothing companies in the world, it’s also poured an extensive amount of resources into forward-thinking manufacturing processes and designs. Case example: Levi’s Wellthread. In its very first season, the program, led by Paul Dillinger of Levi’s Global Product Innovation division, was able to put 23 distinct material innovations into use. Over the past 12 seasons, Dillinger and his team have evaluated ideas for hundreds more. 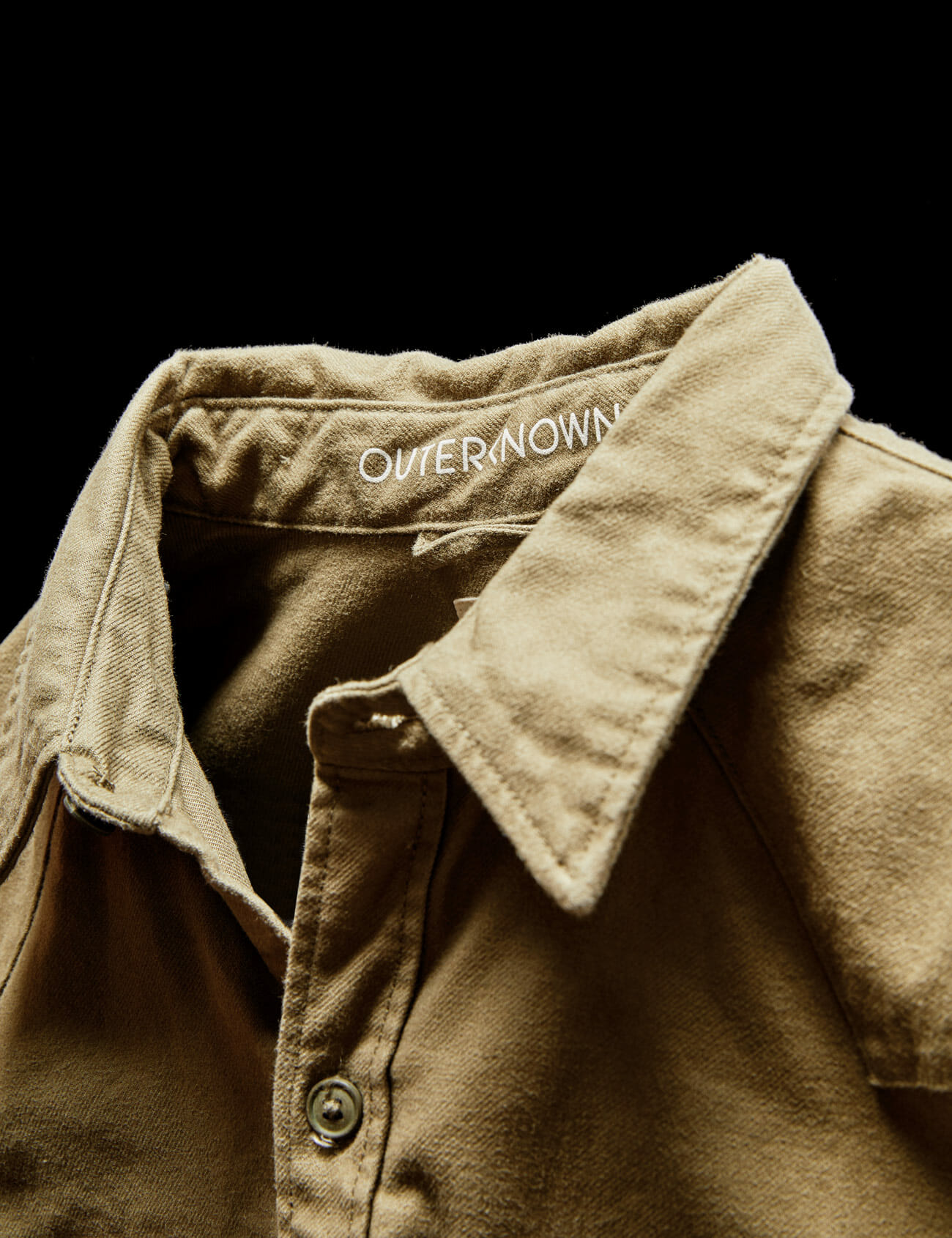 “I can’t make it and call it sustainable if I’m also making something that I know isn’t recyclable,” says Paul Dillinger, Levi’s vice president of Global Product Innovation.

Since 2017, Wellthread’s discoveries have been featured in cobranded collections with California wardrobe essentials brand Outerknown. And the most recent season, released for fall, included an unprecedented version of the classic Levi’s Barstow Western shirt. Available in olive moleskin and indigo ikat, the shirts are made entirely of cotton — that includes the fabric, thread, label and even the buttons. This means they have the greatest potential to be recycled in the future.

Materials made up of one substance — called pure inputs — maximize material efficiency in a recycling system, but very few garments available today fit that definition. Fabrics like nylon, and even some cottons, are blended with elastane for stretch. And if they aren’t blended, they may be sewn with durable polyester thread, include plastic buttons or metal rivets, utilize interior polyester backings or flaunt polyester labels and tags. All of these elements negate recyclability at the end of a garment’s life. “I can’t make it and call it sustainable if I’m also making something that I know isn’t recyclable,” Dillinger says.

Further Reading
• Can Better Denim Change the World? Levi’s Is Betting on It
• You Buy Free Range-Eggs. So Why Are You Still Wearing Dirty Denim?

While this entirely cotton shirt is a first for the Levi’s Wellthread x Outerknown collab, the brands released a 100 percent polyester Sherpa Trucker jacket in 2017. They also released 100 percent polyester board shorts — the thread, fabric, buttons, drawstring and iconic Levi’s Red Tab were all polyester, ensuring it could be recycled as a pure input. “When it does go into a recycling system, it maximizes the potential material efficiency,” Dillinger says. “And that’s not what any of the recycled nylon vendors right now are doing.”

Currently, the apparel industry lacks the technology and processes to recycle garments on an industrial scale. It requires proper grading, labeling, take-back and maintenance systems to make true circularity viable. When these are developed, Levi’s and its single-fiber clothing will be ready. 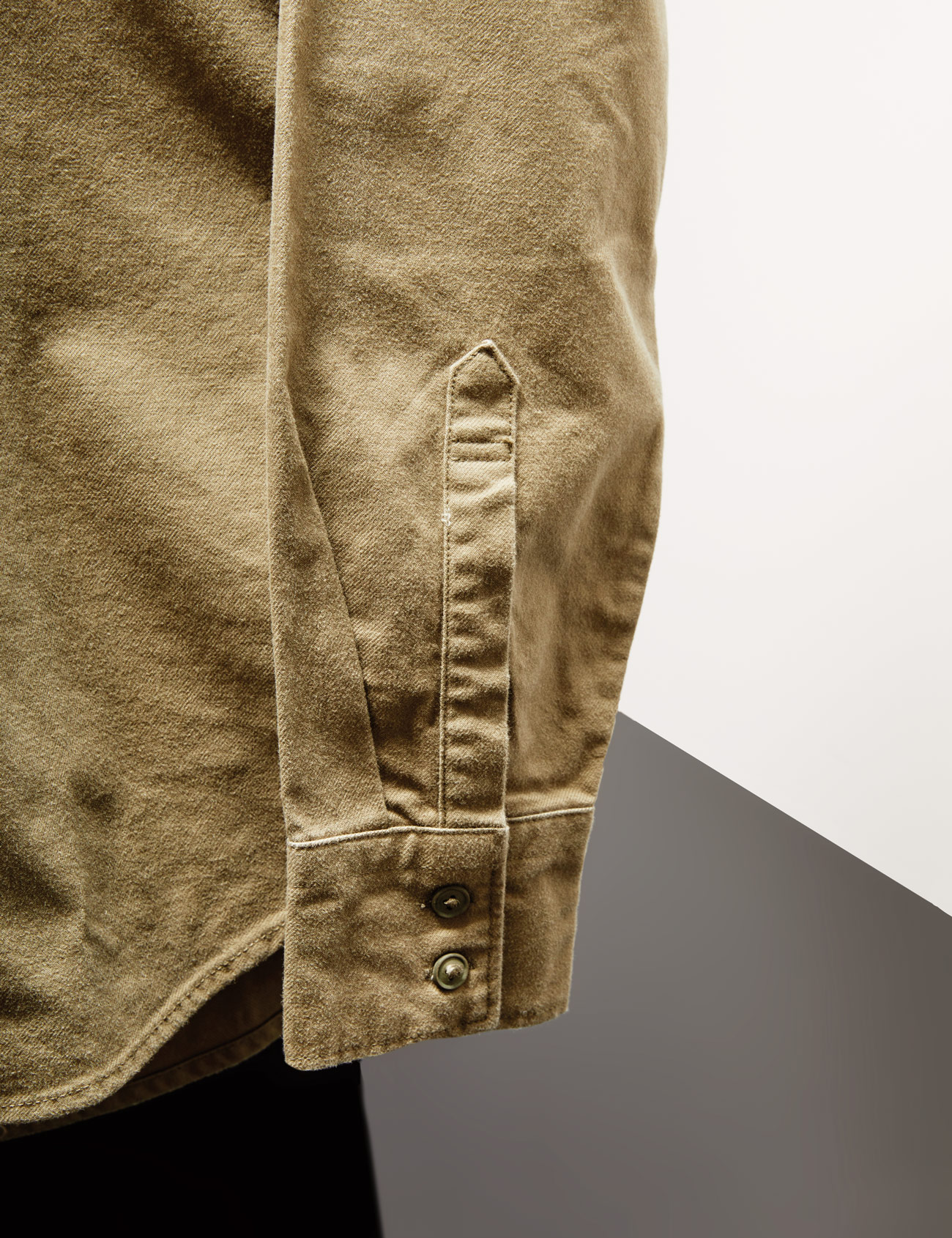 “There’s probably no better soapbox to try to convince the industry to change its ways than Levi’s,” Dillinger says.

In the meantime, Dillinger prioritizes tasteful, functional garments that stand up to years of wear. So when he approached the iconic Barstow shirt, he sought to redesign the pocket flap, which was prone to ripping the shirt fabric after years of use. Adjusting the way it was attached reduced strain and potential tears without changing the outward appearance. “If building a better pocket keeps that pocket from ripping, that’s what keeps [the shirt] out of the landfill and you won’t have to worry about things like recycling,” he admits. “The best strategy for circular design is to just make things that last for a very long time.”

As Dillinger unlocks more keys to creating revolutionary garments, he hopes other brands borrow his ideas. “Most exciting for me is when I see components developed for Levi’s successfully and broadly deployed by other companies,” Dillinger says. “That’s when I feel we’ve actually had an impact.”

Note: Purchasing products through our links may earn us a portion of the sale, which supports our editorial team’s mission. Learn more here.

John Zientek is Gear Patrol’s style editor and in-house guitar authority. He grew up on the West Coast.