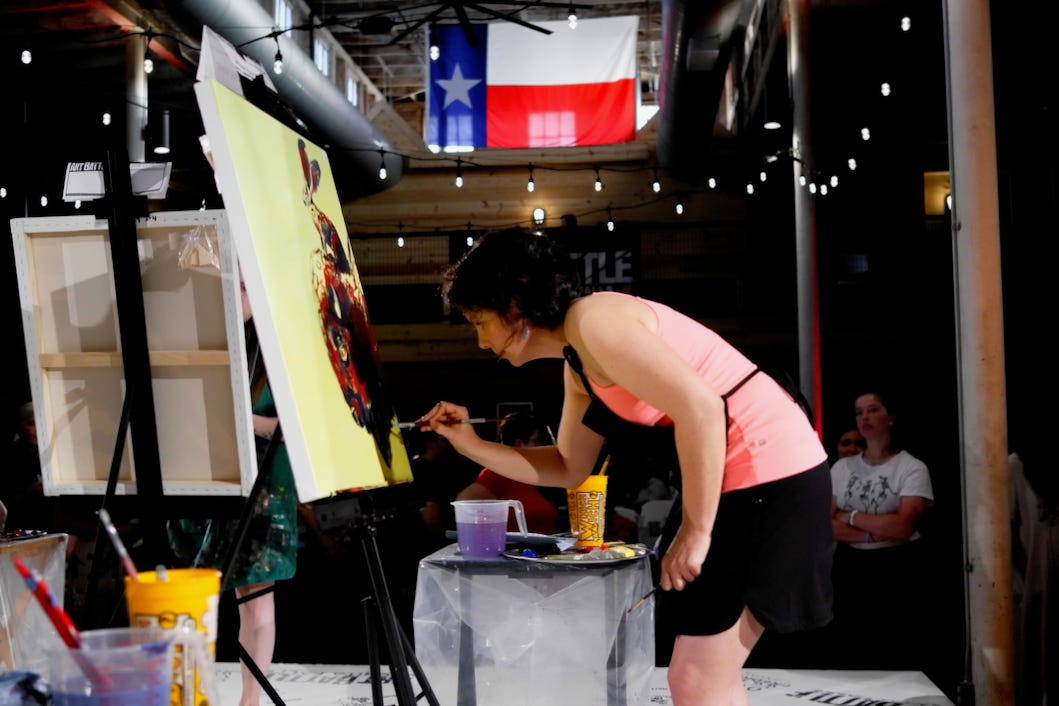 The third Art Battle will commence at 6 p.m. Saturday, Nov. 9, at the downtown The Warehouse location with two 20-minute painting skirmishes and then a final round, with the winner(s) on their way to the regional championship in Dallas.

Doors will once again open at 5 p.m., with Stone Oven Pizza and Lolly’s Cookies returning as well as a cash bar, and there will be a 30 to 40-minute demonstration by area artist Yasuyo Maruyama. The first six easels with 18- by 24-inch canvases are manned at 6 p.m., according to Bob Barrow, member of the Wichita Falls Art Association.

The winner, or winners, of the city championship will go on to a Dallas competition to determine the regional Art Battle winner, and then ultimately the Art Battle National Championships will be held here at The Warehouse in April 2020

The National Championships taking place in Wichita Falls was just announced last Friday by Barrow, and it’s a fabulous honor for the Wichita Falls Art Association who originally brought Art Battle to the area to celebrate its 70th anniversary (2019).

Each Art Battle begins with 12 area artists who have 20 minutes to paint a canvas (6 artists each in the first two rounds) and then two artists in each of the opening two rounds moving to the semi-finals by popular audience vote. The finals pits four painters and the finalist is named by the popular vote.

The two finalists from the earlier Art Battle events this year, are Lou Baggett and her daughter Jesse Baggett. They will each separately paint against five other painters in the first two rounds, with the top two vote getters proceed to the final round and the city championship. 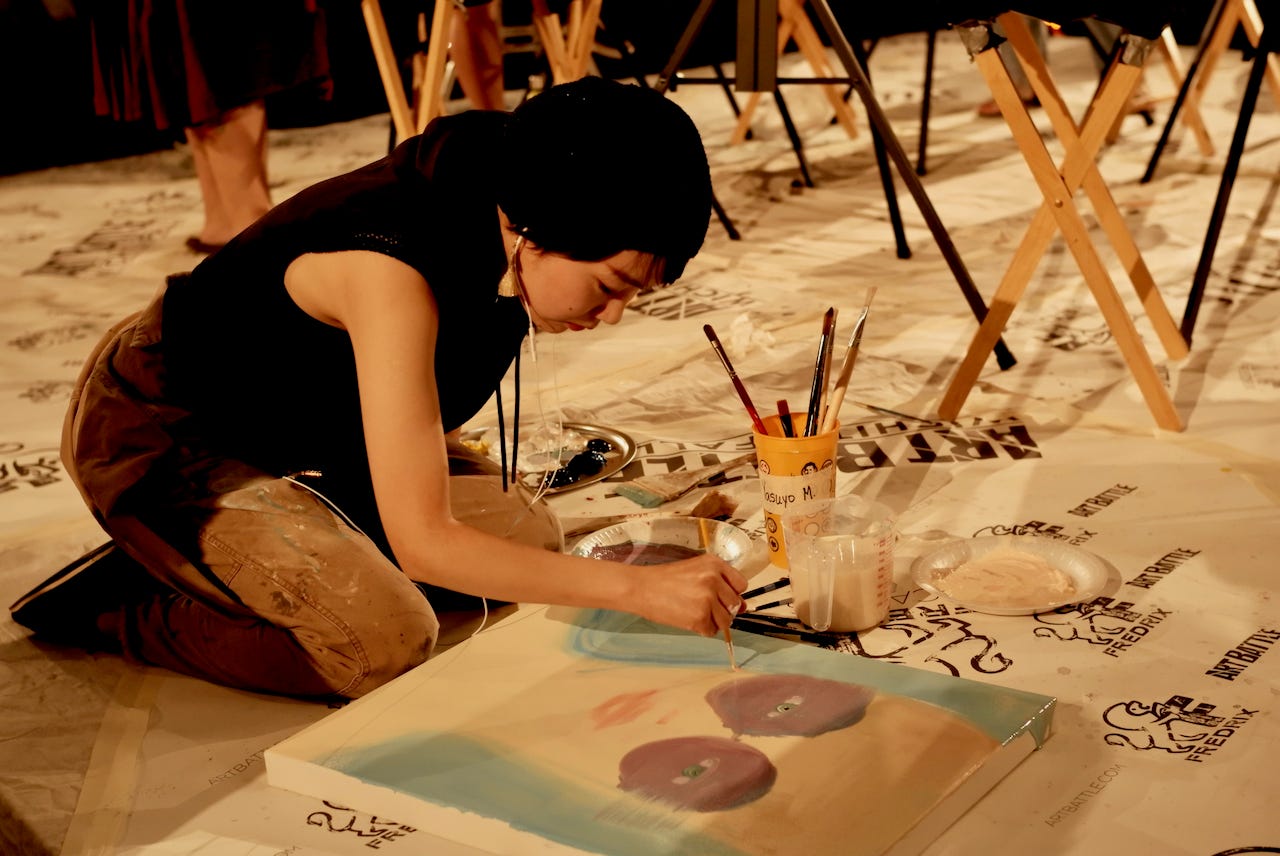 Painter Yasuyo Maruyama will perform a painting demonstration from 5:10 to 5:45 p.m. Saturday before the third Art Battle opens at The Warehouse. (Photo: Richard Carter)

“Either of the previous champions (the Baggetts) could lose in their round and not be in the final round. It’s like they start all over,” Barrow said. If either has an advantage, he said, it’s because they have already competed in front of crowd.

Barrow said that Art Battle cofounder Simon Plashkes will be at The Warehouse on Saturday to watch.

There will be plenty of room to walk around the elevated circular stage, on which the painters are competing. “The ten ringside tables are sold out,” he said, and there are 6 or 8 tables on the second floor that are already reserved, though some are still open.”

The Art Battle app is now live, and can be downloaded onto a cell phone. The app allows people to purchase tickets and bid on paintings. While it’s still in testing mode, he said, there may be national voting at the Nov. 9 Wichita Falls event, though it will be weighted differently than votes cast by the paying crowd inside the Warehouse.

“Next year, national voting for Art Battle events will officially be in place,” he said.

Another thing that could be interesting on Saturday is that more than one painter might advance to the regional tournament in Dallas. “At this point, things are in flux,” Barrow said, but they should know more by Saturday.

Barrow has been very pleased with attendance. The second Art Battle drew 11 more people than the first, and there were 150 people who returned the second time along with 160 new guests.

“Hopefully, Art battle will grow and grow and be a big party,” he said.