A Bunnings HOTEL: Plans to build 183 room complex on top of warehouse – so will guests ditch the hotel bar for the warehouse sausage sizzle?

You could soon enjoy a Bunnings’ sausage sizzle beside a luxury rooftop pool at the site of a wild new commercial development in Melbourne‘s eastern suburbs.

Developers are breaking ground on a project to construct a 183 room hotel on top of a Bunnings Warehouse at 659 Doncaster road.

The ambitious project will involve the construction of a $70 million Mercure hotel with a restaurant, alfresco dining, fitness centre and sundeck. 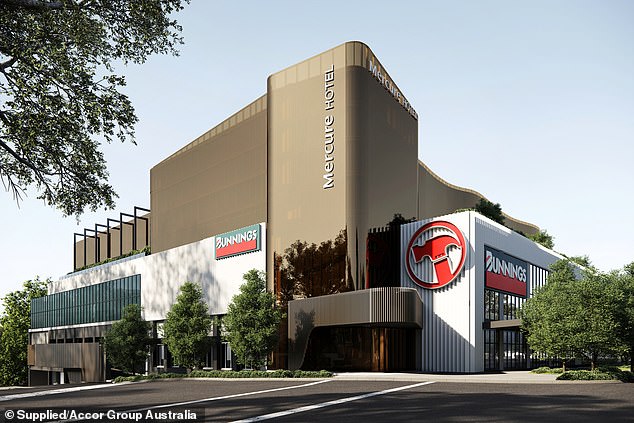 Below the complex there will be a $90 million two-storey Bunnings Warehouse development, according to the Manningham Leader.

It will be followed by the development of a separate multistorey building with 160 apartments.

The combined hotel store development has already been approved by the Manningham Council and construction has already started.

Bunnings’ acting General Manager for Property Garry James told the Manningham Leader they were excited to open the new type of store.

‘We are always looking at opportunities to innovate the design of our stores and we have a number of different formats that cater for the local markets where we operate,’ he said.

While the venue is not as exotic as some of their other destinations like Fiji, French Polynesia and Hawaii the Mercure Hoteliers were just as passionate about the project.

‘With the Victorian Government focused on decentralising business outside of the CBD, Doncaster has been identified as a growing pocket of Melbourne in need of new hotel supply.

‘We are delighted to construct this flagship Mercure in the heart of Doncaster, our first ever hotel built atop a Bunnings Warehouse,’ he said. 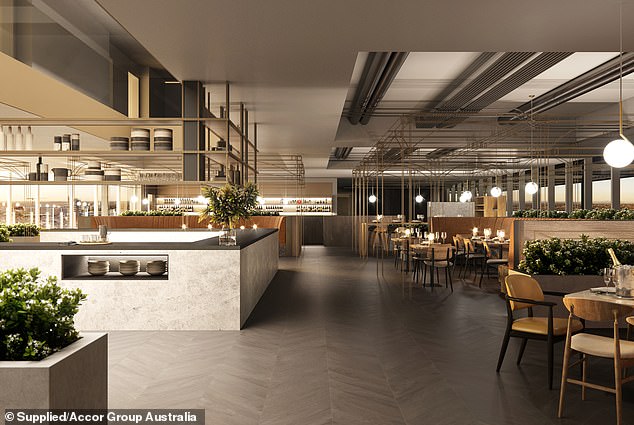 But not everyone is celebrating the development- with many locals angry at such a large scale project.

‘Someone needs to answer for all this unbridled development. So much more traffic congestion in the area, meanwhile the council keeps issuing parking fines,’ Ben Frawley wrote on the Leader’s Facebook page. 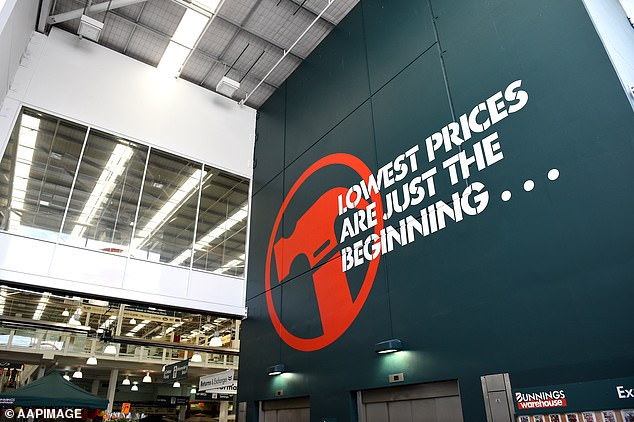 ‘All part of the Doncaster Hill strategy. With no thought for the added traffic, parking etc that the extra apartments bring. And the council brings in the extra rates all these people bring,’ she wrote.

The hotel and hardware store are expected to open in the second half of 2021.