Aggie fans have shopping spree at The Warehouse at C.C. Creations

Aggie fans have shopping spree at The Warehouse at C.C. Creations 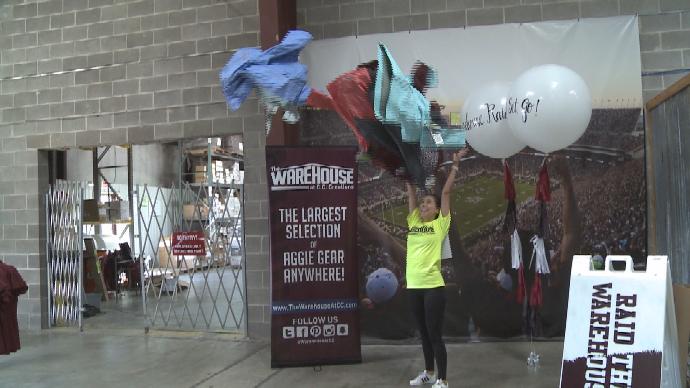 Eight contestants got to raid The Warehouse at C.C. Creations. Participants had 120 seconds to run through the store and grab as much merchandise as possible in an H-E-B shopping cart.

Many of the winners grabbed items for themselves, friends and family.

“It was so awesome like just to grab like all the warm weather stuff that I wanted. And it was just awesome,” said Elise Chaudet, a Texas A&M student.

“I was shopping for my family, friends and my fiancé,” she said.

“You know it showed me how little shape I was in but we, we had a blast. Two minutes of running like crazy up and down the aisles just grabbing whatever you could,” said Max Statton, a former Texas A&M student from Cypress.

The winners were selected after each home Aggie football game.

This is the first time every C.C. Creations has had this type of contest.