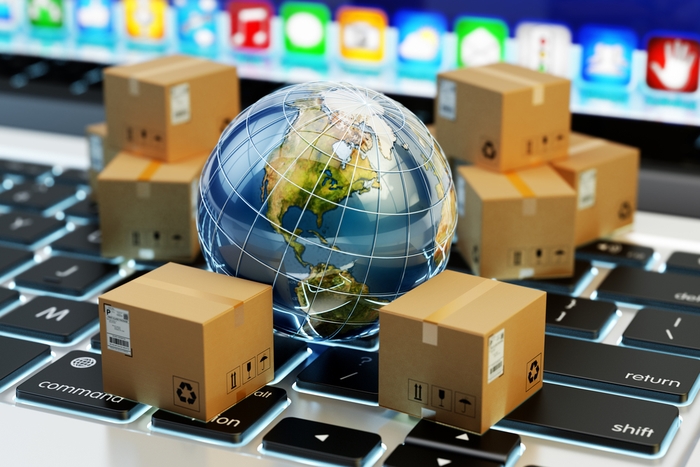 Mainstream airlines are focusing more attention on e-commerce delivery products as they try to capture a greater share of the e-commerce market. Photo credit: Shutterstock.com.

After years of struggling to turn fast-growing but low-yield e-commerce cargo into profitable payloads, some of the world’s major airlines are fighting the integrators to control more of the door-to-door delivery market.

All of these systems are designed to capture more of the e-commerce delivery market that has been totally dominated by integrators and online shipping giants such as Amazon, Alibaba, and JD.com. Despite an 18 percent increase in retail e-commerce sales over the Thanksgiving weekend and a 17 percent increase in global web sales this year, according to researcher Digital Commerce 360, airlines have been stuck carrying parcels in unprofitable point-to-point roles.

“E-commerce takes away the value and gives back volume to airlines at very low prices,” Stan Wraight, president and CEO at Strategic Aviation Solutions International, told JOC.com on the sidelines of a recent air cargo conference.

Much of online shopping comprises individual items involving cross-border air transport, and the packaging around each product takes up more space. This affects the volumetric nature of the shipment, translates into less chargeable weight, and drags down the yield. It is profitable for integrators because they control the parcels from door to door.

The core selling point of mainstream airlines is rapid intercontinental transport, but carriers have struggled to leverage this to provide a more efficient service. For instance, industry data from the International Air Transport Association (IATA) shows the average delivery time for traditional air cargo is 6.5 days, a level that has improved only marginally over the past few years. Although the actual flight is measured in hours, the delays are created in the ground handling process both at origin and destination.

Amar More, CEO of Kale Logistics, said at The International Air Cargo Association (TIACA) Summit in Budapest that an air freight shipment required an average of about 124 pieces of paper, such as a commercial invoice, air waybill, letter of instruction, and many others.

“The industry is trying to go to a paperless regime, because a piece of paper is not just a piece of paper. It is an element that introduces delays into the process, because it has to be created, copies have to be printed, signed by someone, stamped. It creates opportunities for delays,” More said.

Airlines have also been able to rely on “default” air cargo products to fill their planes. Glyn Hughes, head of cargo at IATA, told JOC.com a lot of the products transported via air do so out of necessity, such as pharmaceuticals, cut flowers, or Beaujolais wine.

“The only way a shipper of these types of products can extract value for what they have produced is by leveraging the air cargo network,” he said.

But it is the e-commerce cargo that is frustrating airlines. Wraight said to compete effectively with giants such as Amazon, airlines need to exploit their unique selling point — the airplane — and the fact that it flies quickly from one place to another.

Air cargo has always had an arm’s-length relationship with shippers. The only way to get freight on a plane is to give the cargo to a forwarder to consolidate. But as Wraight pointed out, in doing so, the shipper immediately loses all visibility and control.

“It’s a black hole up until it shows up somewhere at the convenience of the forwarder,” he said. “The e-commerce companies don’t want that. Ideally, 80 percent of the business is volume. The forwarder knows what to do with it, the ground handling agent is geared to handle it. But for the 20 percent of value business a company moves by air, there needs to be transparency, solid IT backup, efficiency. The e-retailers don’t want claims, they need to have customs organized in a virtual way, they need the provider to handle door-to-door delivery and reverse logistics.

“If the air cargo business could organize itself to deliver a product the same day it arrived on the ground, clearing customs and offering last-mile delivery within 12, 24, or even 48 hours, it’s a winner,” Wraight added.

The airlines are heading in this direction. The IAG-British Airways Zenda delivery product claims door-to-door delivery of US to Europe packages in as little as four days at half the price of the express operators. Lufthansa’s heyworld product adds first- and last-mile transfers, as does Emirates Delivers.

“Airlines see what e-commerce retailers want, and are learning fast,” Wraight said. “They have the tool — direct point-to-point flight — so now they are working towards optimizing the time on the ground in a virtual way through a better relationship with the airport, better relationship with the ground handling agent to process the cargo and provide customs clearance.

“By doing this, they allow an e-commerce retailer to be competitive against the giants like Amazon. Some of the major airlines are getting these products into the market, and within the next 12-24 months the others will follow,” he added.