All signs point to Amazon being the mystery company behind $250 million Bondurant development.
Des Moines Register

The Bondurant City Council will vote Tuesday night on tax incentives for Project Bluejay, the massive warehouse that is likely an Amazon fulfillment center.

A proposed development agreement calls for the city to give Ryan Cos. a six-year tax abatement on improvements to the land. The proposed 780,000-square-foot warehouse and distribution center will sit on 165 acres east of Northeast Hubbell Avenue and north of the Wolf Creek development.

The city will spend $15.9 million to build and widen roads, and install streetlights for intersections near the warehouse, according to the agreement.

The Iowa Department of Transportation will cover part of the city’s infrastructure costs with a grant, which could be worth up to $9.5 million. The city plans to issue a bond to cover the remaining costs. It would pay back the loan through a tax-increment financing plan, using property tax revenue from Ryan Cos. 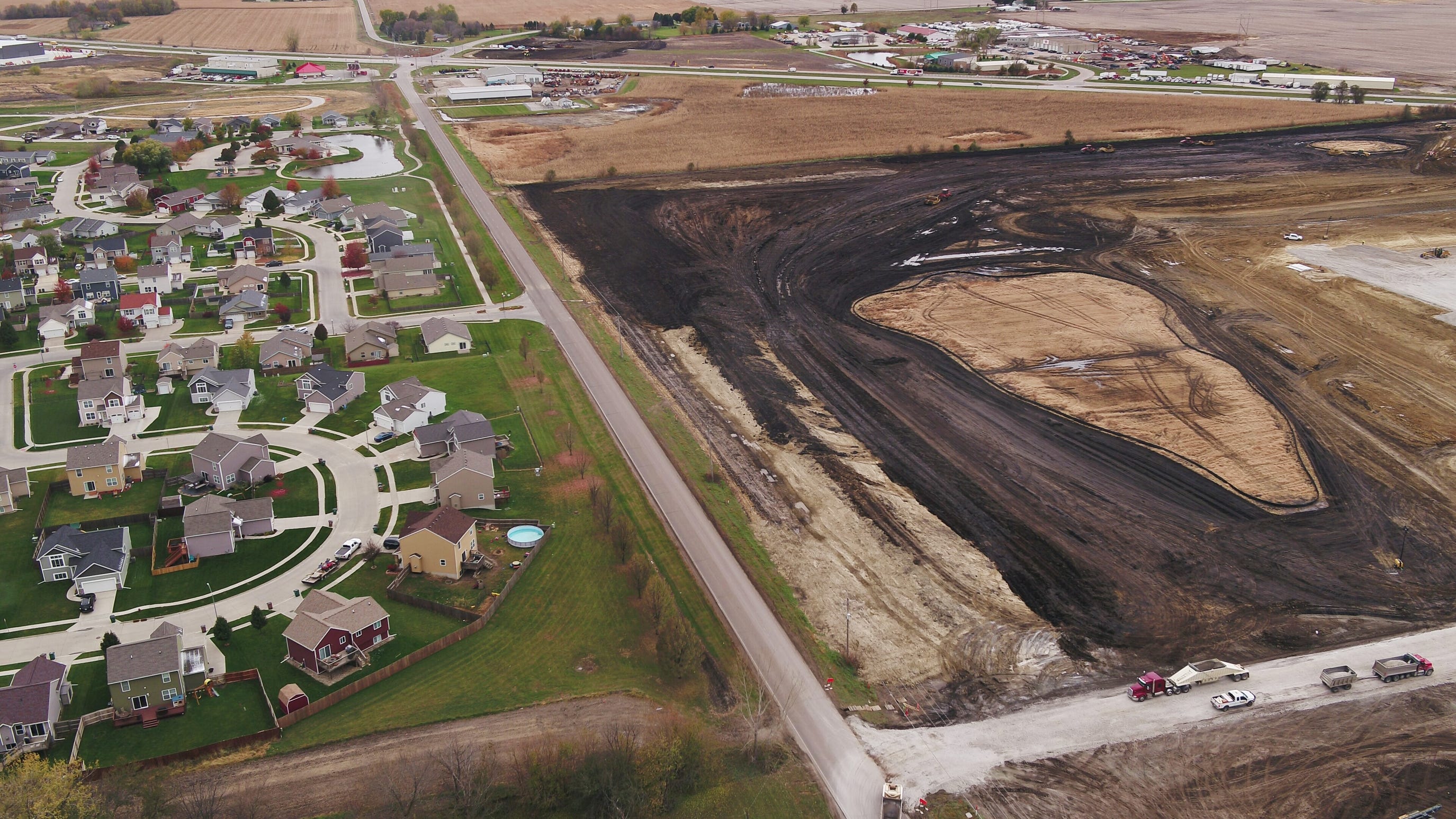 Cost estimates for the project are much higher — about $250 million — according to documents included in Bondurant’s application for the DOT grant. The city has not provided an estimate for the value of the tax incentives.

The Bondurant City Council will vote on the development agreement Tuesday, as well as a trio professional service agreements related to construction. Among those contracts, the city will pay Veenstra & Kimm Inc. $450,000 to inspect the building construction.

The deal offered to Ryan Cos. comes from a standard incentive package Bondurant advertises. The company chose the six-year, sliding option over a 100% tax break for three years.

The massive warehouse building will be five stories tall, with 1,800 parking spaces and 200 loading stalls for trucks. It’s expected to employ as many as 1,120 people during busy shifts. Positions at the facility will include more than 100 jobs earning $60,000 annually, and more than 40 jobs earning at least $80,000, according to state documents. 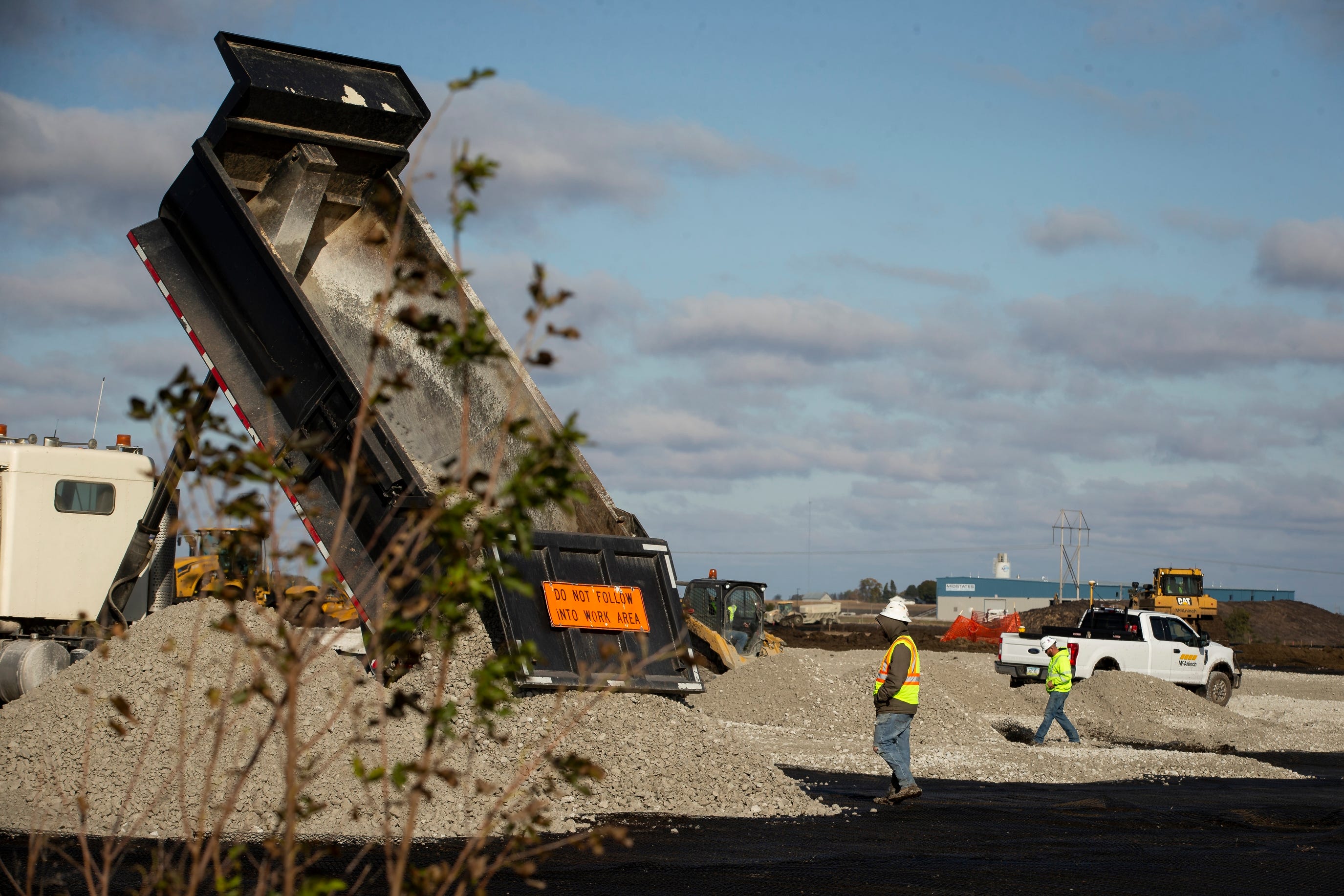 The city council approved the site plan for Project Bluejay on Sept. 30 but has not disclosed the company that will operate the warehouse. Neither have representatives for Ryan Cos. and the Iowa Economic Development Authority. City officials signed nondisclosure agreements.

But all signs point to Amazon.com. The grant application to the Department of Transportation listed that the company employed the same number of people as Amazon did last year. The application also included a word-for-word description of Amazon’s guiding principles, lifted from a Securities and Exchange Commission filing. The design for the project strongly resembles plans for an Amazon fulfillment center proposed in July for Prince George’s County, Maryland.

Amazon has posted jobs online for a sortation center in nearby Grimes. A former Amazon government relations specialist previously told the Register that the company would likely build a sortation warehouse near its fulfillment center. Workers at the sortation center group packages based on travel routes, in theory speeding up delivery.

Marc Wulfraat, president of the logistics analysis firm MWPVL International, said a warehouse in the Des Moines metro fits Amazon’s strategy. The e-commerce giant has built fulfillment and sortation centers in the largest U.S. cities. It has worked its way down a list, by population, and is now opening warehouses in communities the size of Des Moines.

Ian Richardson covers Ankeny and Altoona for the Register. Reach him at [email protected], at 515-284-8254, or on Twitter at @DMRIanR.