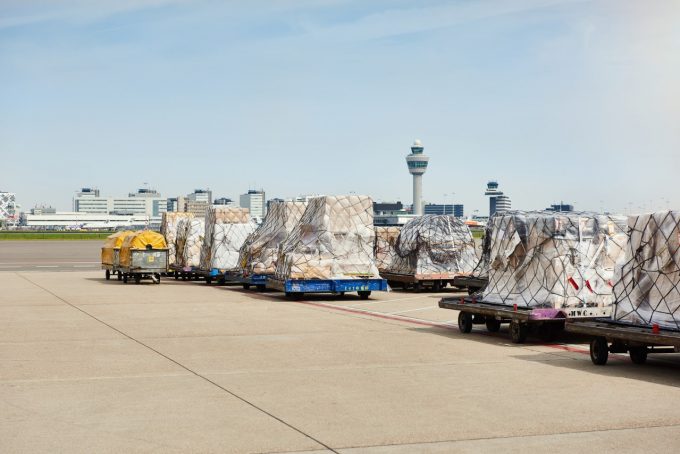 Amsterdam Airport Schiphol has long been recognised as one of the most cargo-minded and dynamic airports on the scene, so it came as no surprise when in 2016 it unveiled its Smart Cargo    Mainport Programme (SCMP) to explore new ways to improve cargo flows through its system.

With support from the Dutch government, the initiative harnessed the combined expertise of the airport authority, Dutch customs, KLM Cargo, cargo IT solutions provider Cargonaut and Air Cargo Netherlands, which represents the different stakeholders across the air cargo community, but it has also drawn in external support from academic institutions like the Technical University of Delft and the Hogeschool van Amsterdam.

With the aim of optimising air cargo flows to and from Schiphol and beyond, supported by smooth and fast exchange of information between the various parties in the chain, the partners identified and developed joint projects. Each of them must have a generic purpose. They have broadly fallen under three broad categories – centralised information, optimal landside logistics and smart innovations.

This past spring SCMP appointed a new programme manager, Edwin Wenink, who brought long experience in the flower and chemical industries into the job. His arrival ushered in a change toward a more defined, strategic framework for the initiative. It is now structured into six key areas: infrastructure & capacity; logistics means; chain optimisation; digitalisation; compliance; and sustainability.

“I was looking at a framework for the programme,” Mr Wenink explained. “What do you need to become the smartest airport? You need these elements. These six tracks together form a complete roadmap.”

He added that the objective is to become the smartest, as well as the most sustainable, airport.

Along with the other airports in the Dutch Royal Schiphol group, Amsterdam Airport Schiphol aims to be emission-free by 2030. Cargo has a part to play in this and is targeting a zero footprint within its scope as well. Mr Wenink has identified four broad categories to tackle – reducing or re-purposing waste, electrification (like using electric trucks to move trailers parked under a drop-and-collect scheme), eliminating paper and transitioning from fossil to other energy sources.

Sustainability has more than an environmental dimension. It also extends to how people work together, Mr Wenink said.

Getting the buy-in from all stakeholders is crucial for lasting, long-term results, he stressed. “If you want to get fast results, you do it alone. If you want lasting results, you have to include everybody,” he said.

“The Smart Cargo Mainport Programme is also a community programme,” he noted. “I believe it’s in co-operation with people where you make the difference.”

The initiative now has a new steering group, which meets four times a year. The group is chaired by the director of the Dutch Institute for Advanced Logistics, who is also a professor at Erasmus University. Between them, the members blend dynamics from the public and private sectors as well as the academic world.

One of the fruits of the programme so far is the compliance checker, which was developed to speed up the clearance process for exports. It automatically analyses the content and format of declarations and flags any issues it detects. This way a problematic shipment can be identified before it reaches the airport, avoiding a delay or even a fine.

Another initiative aimed at avoiding unnecessary delays is the Automated Nomination project, which is due to go live in 2020. In cases where air waybills do not identify the forwarder on the receiving end, the handler at the destination airport has to figure out who will collect the shipment. The SCMP team has worked on an algorithm to predict the receiving forwarder on the basis of the station statement, which describes the relation between the freight forwarder and the consignee.

Each of the six main tracks has a number of issues to tackle, from data analytics and IoT in the Digitalisation track. over packaging innovation and equipment pooling on the Logistics Means side to autonomous vehicles in the Chain Optimisation sector and digital certificates under Trade Compliance.

In addition, there is the question how emerging industry developments, like the rapid spread and evolution of e-commerce, affect industry requirements. “E-commerce has huge implications. It is an interesting development that we closely monitor,” Mr Wenink said.

Like the whole of Schiphol, the SCMP looks beyond the airport, both in terms of land links and air connections. The partnership between Schiphol and Atlanta’s Hartsfield Jackson Airport envisages collaboration on various fronts, such as the possible establishment of a trade and logistics corridor with a supporting corridor for data. It makes sense to draw on the experience and creative energy of the SCMP group for this, but this will have to wait, Mr Wenink said. For the time being the work in Schiphol commands his full and undivided attention.

Building consensus and keeping everybody aligned and satisfied is time-consuming and challenging, but it is the best way forward, he stressed.

“If you look at something from the perspective of a problem, you will not necessarily keep up the interest of everybody. You have to try to align the different interests in the supply chain,” he said.

This article was sponsored by Amsterdam Airport Schiphol.