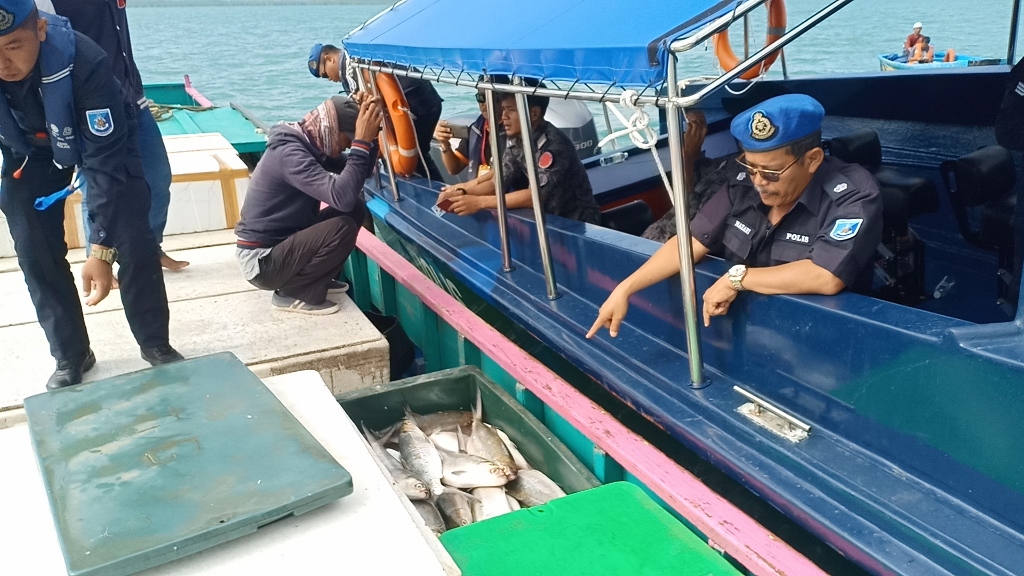 Nazari (right) inspecting the cargo boat that brought in undeclared fish and prawns from Indonesia.

TAWAU: A cargo boat has been detained for failing to declare its cargo of five tons of milk fish (Baulu) and 400 kgs of prawns from Indonesia yesterday.

Nazari said, the boat was brought to the marine base for documentation checks where it was found that it had committed an offence by failing to declare the marine products from Indonesia.

He said, the passenger ferries were checked to ensure there are no immigration offences committed and other boats were checked for cross border crimes.

The operations were carried out near the border from Sg Nyamuk to Tanjung Saima waters, which are known to be used as crossing route from Sebatik Island part of Indonesia to Tawau, he said.

He said that yesterday’s operation found that the Indonesian passengers were using proper documents to enter the country. However, he added, they were many villagers living at the Malaysia and Indonesian border who brought along their passports but did not go through immigration or ignored the procedures.

Nazari said, a discussion with the Immigration Department would be held soon to resolve this matter and to avoid the trend from continuing.