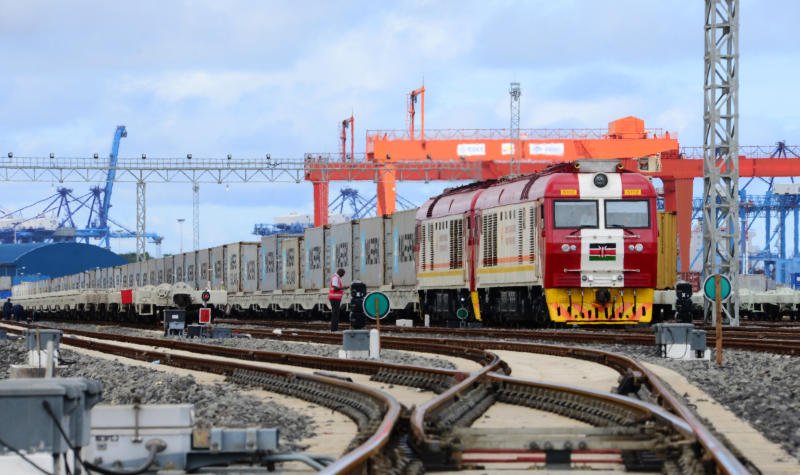 The amount of cargo transported on the Standard Gauge Railway (SGR) rose in the last three months to overtake that hauled by road.
According to data from the Transport ministry, 92,048 containers were hauled via the SGR transport service from the Mombasa port to the Inland Container Depot at Embakasi in Nairobi between August and October.
This is compared to 75,119 containers that were transported by road. This saw the cumulative number of containers moved via SGR in the 10 months to October rise to 239,897 compared to the 316,907 that were hauled by road.

The new figures could have been boosted by a State order that all cargo out of the Mombasa port be moved by the new service. The directive, which has since been rescinded, saw sustained protests by truckers who said SGR was killing their businesses and the Mombasa economy in general. The order was dropped after the Mombasa business community threatened to block the SGR and snub the Mashujaa Day celebrations in the coastal town last month.
The Senate Committee on Roads and Transport has summoned Transport Cabinet Secretary James Macharia to explain the stand-off. Also summoned are directors general at the Kenya National Highways Authority, Kenya Rural Roads Authority and the National Transport and Safety Authority.

Do not miss out on the latest news. Join the Standard Digital Telegram channel HERE.