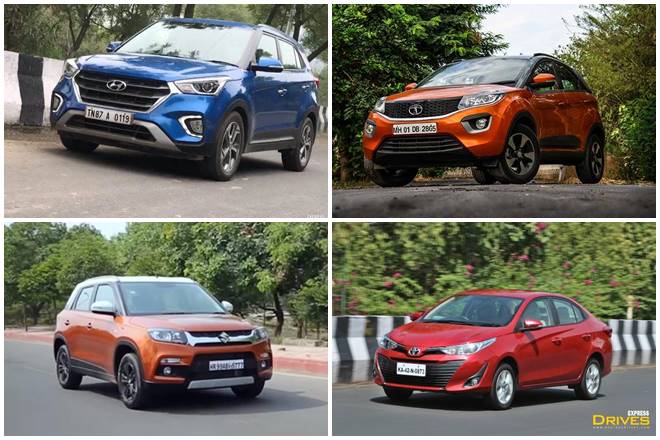 As consumers bought cars in good numbers during the past festive period on the back of high discounts, car makers have withdrawn the fire sale offers on most of the models, since inventory has come down to normal levels. Maruti Suzuki has cut down the discounts on its popular models sold through Arena chain of dealerships like Alto 800, Swift, Dzire and Vitara Brezza by anywhere between Rs 5,000 to Rs 20,000, dealers said. The Alto 800 till Dhanteras was sold with a total cash discount of Rs 25,000, which has now come down to Rs 15,000. Dzire, which carried a cash offer of Rs 35,000 earlier, is now being sold with sops of Rs 20,000. A cash discount of over Rs 50,000 on Vitara Brezza has come down to around Rs 30,000.

However, other sops including exchange bonus and free five year warranty are still available, making the overall package still attractive. Experts believe consumer offers will further go down when the industry nears the complete adoption of BS-VI vehicles from April 2020.

FE had on October 21 reported that the country’s largest car maker had pulled back the festive season discounts by up to 40% on premium models sold through the Nexa chain, including Baleno and Ciaz. Shashank Srivastava, executive director-sales & marketing, Maruti Suzuki, had last month told FE that the existing schemes will end soon after Diwali as these offers are not sustainable in the long run. “We won’t be having these fire sales as dealers are not carrying enough BS-IV stock,” Srivastava had said.

Analysts said retails during the festive period in October were much higher than wholesales. “This was supported by a jump in discounts, which are likely to normalise from November,” analysts at Nomura noted. Following a year-long slowdown in demand due to several factors, which hiked car prices, manufacturers offered highest-ever discounts since July-August to boost sales and clear the excess inventory, which had piled up from the festival period of 2018, owing to poor retail demand. The discounts helped the companies bring down the BS-IV stock to comfortable levels following aggressive production cuts in the past eight months and before they prepare to launch BS-VI compliant vehicles from January 2020 onwards.

Manufacturers need to keep limited BS-IV inventory and start pushing BS-VI stocks as any unit unsold after March 31, 2020, will either become a scrap or will be exported to neighbouring countries. Analysts said manufacturers focus on inventory normalisation has sharpened. “Inventory has now generally receded to about a month for most,” analysts at Edelwiess said.

Analysts at Axis Capital believe that complete recovery in demand may still take time and robust October sales happened only due to highest ever offers. “This uptick was driven by bunching up of demand and push factor of high discounts offered by OEMs. We also believe that sustained recovery will take time,” they wrote.