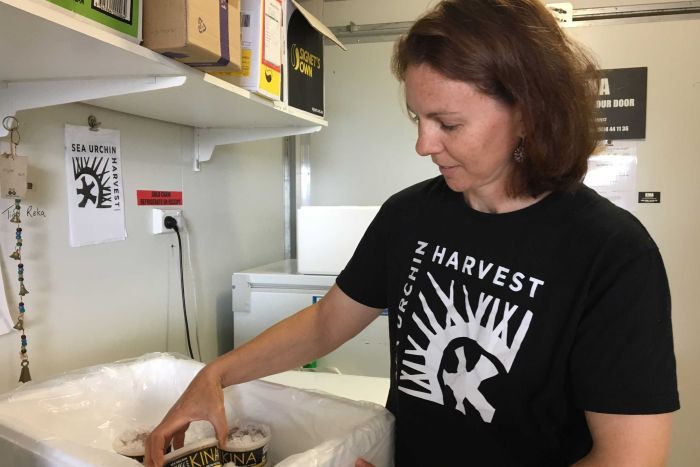 Tomatoes, strawberries and fresh seafood will start to spoil in sheds, unable to travel on the Kings and Princes Highways, which are closed by the Currowan fire.

Fires north of Batemans Bay on the New South Wales South Coast, have burned 78,000 hectares of farmland and forest.

Farmers on the south coast are worried about the months ahead.

Some have already reduced their employees’ hours and delayed harvesting as they are unable to get their produce out of the region.

Tomakin sea urchin processor Rachael Theodore said she had scaled back her business because of the road closures.

“If the roads aren’t open, we can’t open either,” Ms Theodore said.

“We heavily rely on tourism down here. Everyone hangs out for Christmas time and for the tourists to come and the towns get a flush of money.” 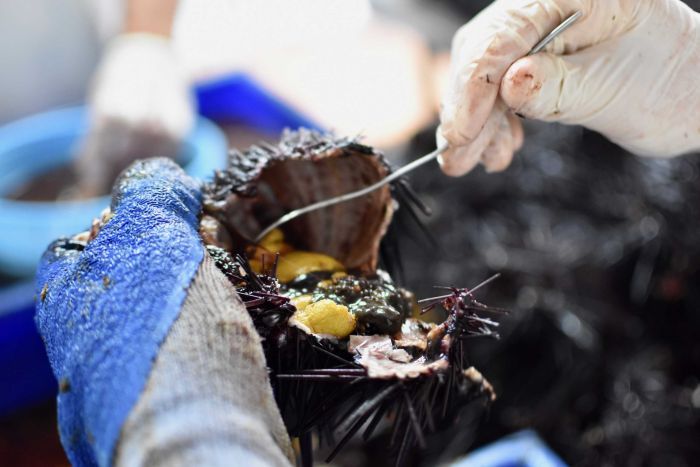 The pricey delicacy is popular at high-end Asian restaurants, but the road closures mean getting it on tables in Sydney and Canberra is difficult.

Ms Theodore is delaying harvest because she is unable to ship the product out within the week when it starts to perish, and is considering shipping her produce by air freight, which will cost more.

Not only that, she is having to cut back business hours, due a drop in profits, an added stress considering peak Christmas period is only weeks away.

“It’s such an expensive seafood that you just can’t risk losing product,” she said.

“We have masses of orders to fill every week let alone Christmas orders that we are taking now … we need to have the roads open to get our product out.”

South Durras fruit and vegetable farmer Keith Jackson has had to continue harvesting his produce despite having no means of getting it to market.

“The plants don’t know there’s a bushfire and we can’t stop picking tomatoes or strawberries,” he said.

His sheds are full of tomatoes and strawberries that will spoil within a few days.

The road closures meant he was unable to deliver his produce to Sydney markets, and tourists cannot drive up to his gate to buy it direct.

“We haven’t a sold a thing in our shop for probably a week and a half,” he said. 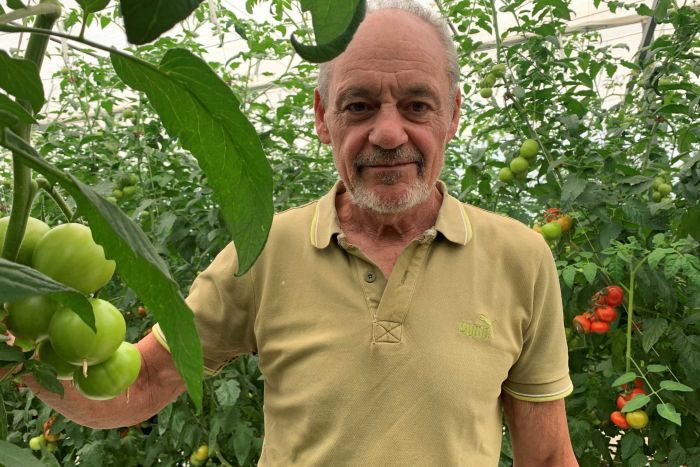 Mr Jackson has been defending his property around-the-clock as the Currowan bushfire encroached onto the perimeter of his farm.

“It’s a waiting game and you’ve got to keep working,” Mr Jackson said.

It is not known how long the road closures will remain in place.

In the meantime, Mr Jackson said he and his family would continue to farm.

“We’re farmers and that’s just the way we are — we don’t want any recognition for it,” he said. 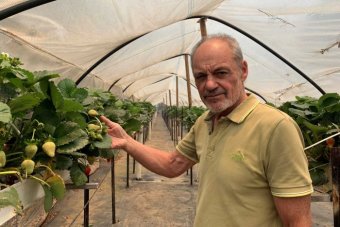 Photo:
Keith Jackson has strawberries ready for harvest that will perish in his shed if tourists cannot buy from his farm gate. (ABC South East NSW: Adriane Reardon)

He said he was feeling fortunate, especially considering the impact the fire has had on others in the area.

“We’re very lucky! After the last few days, I might go buy a lotto ticket,” he said.