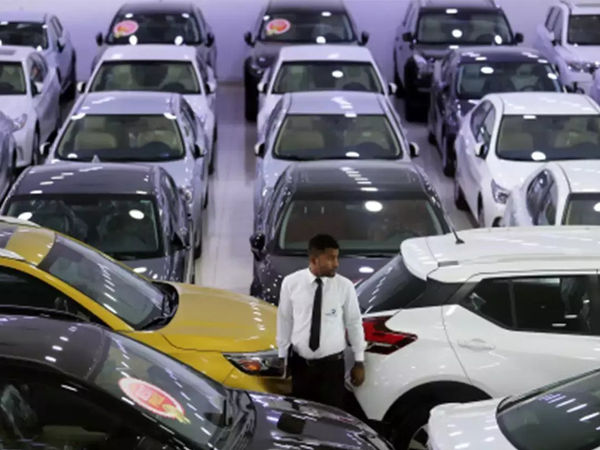 New Delhi: If you are planning to buy a car then hurry up, the hefty discount offered by carmakers on BS-IV vehicles may end soon as inventory of BS-IV cars depleting fast. Worth mentioning here is that carmakers are offering between 5-15% discounts on Bharat Stage-IV cars in the last month of 2019 as they want to clear inventory before the new emissions standards come into place from April 2020.

Also, several carmakers including Maruti and Hyundai has said that they will increase prices starting from January 1, 2020.

This is indeed the best time to buy, Shashank Srivastava, the executive director for sales and marketing at Maruti Suzuki told the Economic Times. “We have almost sold out our BS-IV stock. The discount levels are some of the highest (where the options are still available); this is not sustainable. Price hikes will inevitably come from January on various counts — emission norms, safety norms, currency fluctuations…,” Srivastava said.

Worth mentioning here is that carmakers typically offer the highest discounts in December month of a year. The month accounts for around 8% of the total industry sales volume and last year, sales growth was flat at 2.38 lakh units in December.

Maruti Suzuki, the nation’s largest carmaker, is offering discounts of Rs 37,000-89,000. The least discount is on the EECO and the highest is on the Vitarra Brezza. Hyundai’s offers range from Rs 20,000 to as much as Rs 2 lakh for the Elantra and Tuscon. Tata Motors cars can be purchased with a discount of Rs 77,500 on the hatchbacks to Rs 2.25 lakh on the Hexa, the publication mentioned.

Vikas Jain, the national sales head at Hyundai Motor India, told the business daily the current offers were among the highest in the year and should support retail sales growth in the ongoing month. However, “the wholesale number of the industry may vary with production plan and inventory status of individual company”, he added.

Many buyers are expecting fire sale of vehicles ahead of the introduction of BS-VI standards in April so they are holding on to their purchase. However, a low inventory and rising proportion of BS-VI vehicles in the total production will reduce the extent of the fire-sale prospect, particularly for large volume vehicle, the business daily quoted industry executives as saying.

However, some industry executives still believe that fire sale may happen for some low-volume vehicles.

Federation of Automobile Dealers Associations president Ashish Kale said inquiry levels in December had shot up and it appeared to be a normal December month — when demand is typically strong.

“We are hoping for a strong conversion in the second half of December. With the BS-IV stock running out, the pressure to give discounts will ease. Almost all vehicle makers are in the midst of a phase out with a clear deadline for 2020, unlike the sudden pressure of 2017, so the deals will surely come down in the next month,” the publication quoted Kale as saying. “That makes December the ideal month to close the sale for waiting customers,” he added.

Inventories of automakers have come down significantly in the past two months. Several large companies have their inventory days dropped below 30 days and for a few, it is less than 20 days.