Shares of Macy’s (NYSE:M) plunged three months ago, after the department store giant reported disappointing results for the second quarter of fiscal 2019. While comp sales rose 0.3% year over year, gross margin plunged to 38.8% from 40.4% a year earlier. That move caused adjusted earnings per share to plummet to $0.28 from $0.70 in the prior-year period. Excluding asset sale gains, adjusted EPS would have fallen from $0.59 to $0.27.

Several factors contributed to this margin wipeout. Most notably, management pointed to a “fashion miss” in the key women’s sportswear category. In addition, a combination of high inventory and slow sales early in the quarter forced Macy’s to take big markdowns.

Macy’s also reduced its full-year EPS guidance by $0.20, because of its weak Q2 performance. As a result, investors have low expectations heading into the company’s third-quarter earnings report, due out on Thursday morning. Here’s what Macy’s investors should be looking for this week. 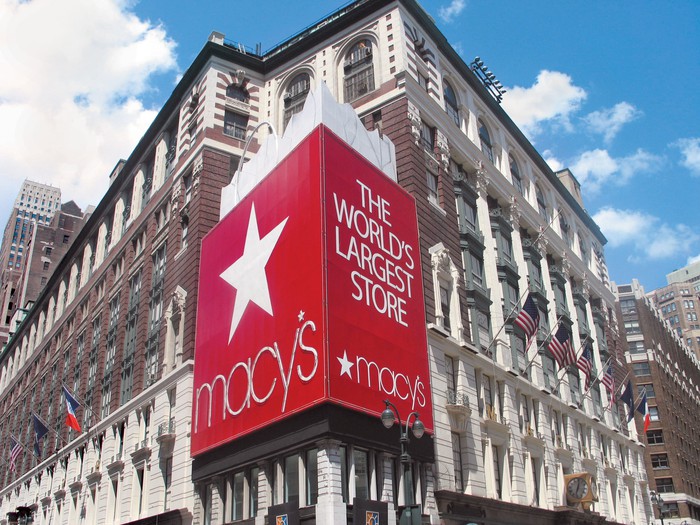 For the first half of fiscal 2019, comparable store sales increased 0.5%, right at the midpoint of the company’s full-year guidance for 0% to 1% comp sales growth. However, the retailer faced its toughest year-over-year comparison last quarter, after posting 3.3% comp sales growth in the third quarter of fiscal 2018. By contrast, comp sales rose just 0.7% in last year’s fourth quarter, as Macy’s didn’t offer the right promotions to maintain its sales momentum in the first half of December. A fire at a West Virginia distribution center also hurt sales then.

Based on this cadence, Macy’s expects much better comp sales growth in the fourth quarter than in the third quarter. CFO Paula Price acknowledged that this means the company’s Q3 results could be “outside of our annual guidance range” — i.e., comp sales could be negative.

Key things to watch: gross margin and the outlook

Macy’s entered the second quarter with inventory up 3.9% year over year. Had sales trends been strong, that would have been fine. However, as sales trends deteriorated, this inventory overhang came back to haunt Macy’s, causing gross margin erosion. 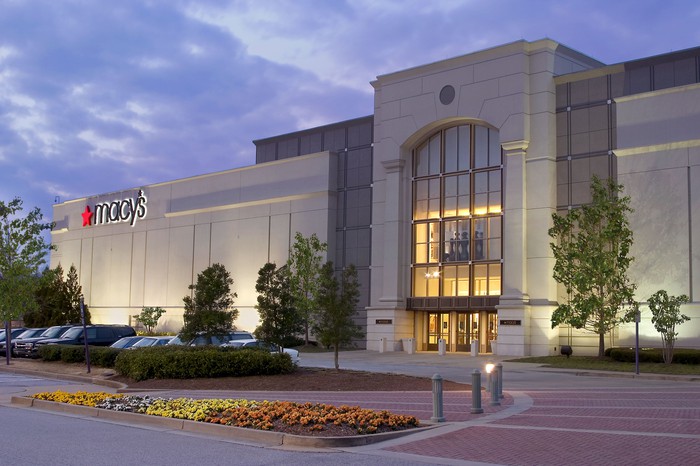 Inventory management has been a problem at Macy’s recently. Image source: Macy’s.

By the end of the quarter, inventory was up just 1.5% year over year. Management indicated that the company had cleared out most of its slow-moving inventory by the end of July, paving the way for better gross margin performance in Q3, even if comp sales were to decline modestly. That said, a 1.5% inventory increase entering a period when comp sales may decline isn’t necessarily a recipe for strong gross margin. Thus, it will be very interesting to see whether management’s confidence was warranted.

The outlook for the fourth quarter and full year will be important to watch as well. Macy’s will face its easiest year-over-year comparison of 2019 during the holiday quarter. Furthermore, the retailer has spent the better part of the year renovating 100 of its best stores, expanding on the successful “Growth50” initiative it rolled out at 50 locations last year. With those renovations more or less complete now, Macy’s should be able to start capitalizing on its investments.

If Macy’s is able to maintain its full-year guidance, that would be a positive sign for shareholders, as it would imply a strengthening of business trends in the fourth quarter. Of course, Macy’s would still need to follow through with strong execution during the key holiday season.

That looks like a mistake. J.C. Penney has proved over the past two quarters that disciplined inventory management can drive strong gross margin performance, even in the face of stiff sales declines. Furthermore, between e-commerce growth, the investments in 150 top-performing stores over the past two years, and — hopefully — an improved merchandise selection, Macy’s has a legitimate shot to accelerate its sales growth in 2020.

Finally, Macy’s laid out the details of an aggressive productivity program at an investor conference in September. This program is expected to deliver at least $400 million in annualized savings, with much of that showing up next year.

Macy’s will undoubtedly face headwinds of one sort or another next year. But with all of these potential paths to profit growth, Macy’s has a good chance to surpass investors’ expectations in 2020 and beyond.