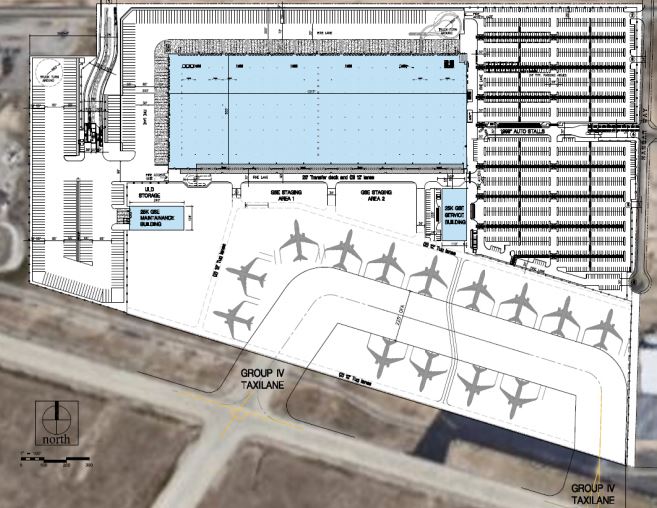 The project is part of SBD’s master plan to revitalize the former Norton Air Force Base in support of the local economy. Although the project faced backlash initially from local residents concerned about negative noise and environmental impacts, its approval positions SBD to potentially capture business from air cargo and logistics operators moving away from traditional cargo gateways struggling with congestion to smaller airports in search of more flexibility and space for operations.

The Eastgate Air Cargo Facility will be 658,000 square feet and will include apron parking space for 14 aircraft, 2,000 automobiles and 380 trailers. The complex designs incorporate energy-efficient green buildings, electric vehicle charging stations and electric aviation ground support equipment, according to SBD.

Commenting on the approval, IEEP President and CEO Paul Granillo noted, “the logistics industry has fueled the Inland Empire’s spectacular recovery by generating an estimated 84,000 new jobs – that’s nearly one out of every four new jobs – over the past 10 years. Eastgate will continue to grow the region’s economy in air cargo, so we can work closer to home and create good jobs for workers of all skill and education levels.”

A key point of the agreement to watch over the coming year – Hillwood Enterprises will lease the facility for an initial term of 35 years, with an initial payment of 24 months at $112,000 per month. The developer, which has created facilities at the airport for many large companies, including Amazon, Mattel, Kohl’s and PepsiCo, could sublease the space to a tenant during that period. Perhaps the industry will see its favorite e-tailer expand operations into the space, though no word on the matter has been shared thus far.

Either way, SBD will be an airport to watch in the coming year as major integrators with operations in the region continue to extend their networks to meet consumer demands calling for speedier delivery of goods.