FDA now trains its guns on food shacks outside institutions

FDA now trains its guns on food shacks outside institutions

492
SHARES
1.4k
VIEWS
Share on FacebookShare on Twitter
As part of its , the body has already identified operators outside prominent colleges, hospitals as well as offices of the civic bodies

First they went after schools to clean up their act so students ate right on campus; now widening the scope of this campaign, (), Pune region, is launching the Eat Right Campus (ERC) at the premises and surroundings of different institutional spaces — such as hospitals, colleges, corporate establishments, courts, among others — starting from January. Audit will be conducted focusing on systematic approach to serving safe and wholesome food at these campuses, informed officials.

The campaign will work on the premise that most people consume at least one meal outside their home every day and the vigil is tailored to ensure this food is nutritious and prepared in keeping with standards and hygiene. As before the ERC is tailored on the guidelines set by the Food Safety and Standards Authority of India (FSSAI).

The officials have already drawn up a list of institutions they will be targeting with the campaign. In the city they’ve identified Modern College on University Road, the Shivajinagar court, SNBP International School at Pimple Saudagar, Ruby Hall Clinic, Deendayal Hospital, , Bharati Vidyapeet at Katraj, College of Engineering, Pune (CoEP), both the civic bodies — and Pimpri Chinchwad Municipal Corporation, among others. 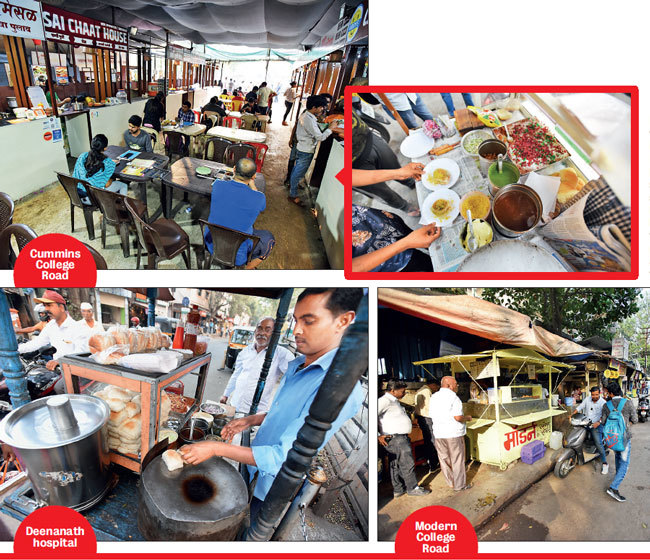 Prime aim of this initiative is to educate FBOs. It will involve scrutiny of safety and hygiene, healthy diet, food waste management among other things

The prime objective of the initiative is to educate the food business operators (FBOs) and their functioning will be inspected for compliance with parameters set down by the Food and Safety Act, 2006, Rules and Regulations (2011). The aspect that will come under scrutiny will include safety and hygiene, healthy diet, food waste management and also promotion of local and seasonal foods.

Suresh Deshmukh, joint commissioner FDA, Pune region, told Mirror, “The ERC will kick off from January, targeting to build awareness among the public and the food business administration on healthy practices to be followed. They will be tutored on what constitutes eating right, including the items to be consumed and those to be avoided. The employees of the organisation we inspect will also be counselled on this.”

He pointed out that given FDA’s variant commitments and the vast audience the campaign needs to address, it will be run selectively on campuses that have huge numbers. “We will hold meetings with heads of the institutions and their employees to educate them and through them effect a major change in our eating habits. The influence of western cultures on our diets has been immense and needs to be countered,” he asserted.

Aparna Bhoite, assistant commissioner of FDA added, “The campaign will not just impact food habits on campus but also help the audience reform their lifestyle to incorporate the health advice we impart. Also in campuses that have no inhouse canteen or mess, the people step out to establishments adjoining the premises to grab a meal, so these businesses also need to be brought into the ambit of this campaign. Squeezing this outreach into our existing schedule we are working to reach maximum number of people within the time constraint.”

An FBO, Pravin Tapkir, welcomed the move. “Many FBOs are unaware on the practices to be followed to deliver healthy and good food. Though most want to serve their best, they are not privy to different processes of food storage and production to meet the mandated standards. Even people who’ve been in the business for years are grappling with problems of waste management, which is one of the biggest issues before the industry. A schooling on these factors will cut back on food wastage and also save us some money,” said Tapkir.

He is not alone in cheering the campaign. Bomi Bhote, chief executive officer of Ruby Hall Clinic was enthused enough to offer the services of his specialists. ”We have several doctors and dieticians who would like to come forward and participate in the campaign. Right diet will definitely ensure people move towards wellness,” he commended.

Dr Ramachandra Hankare, PMC’s health chief, observed, “Being an education hub and an IT hub, Pune has a huge floating population. Most of these people are hooked to ordering food online, compromising their diet. These choices are limited to food that is not wholesome, lacking in micro-nutrients, vitamins, carbohydrates and fibre. Even FBOs are known to falter in raw material management, cooking methods and storage prior to consumption. This initiative will clearly be in public interest but FDA must also consider deploying the online platform for this.”