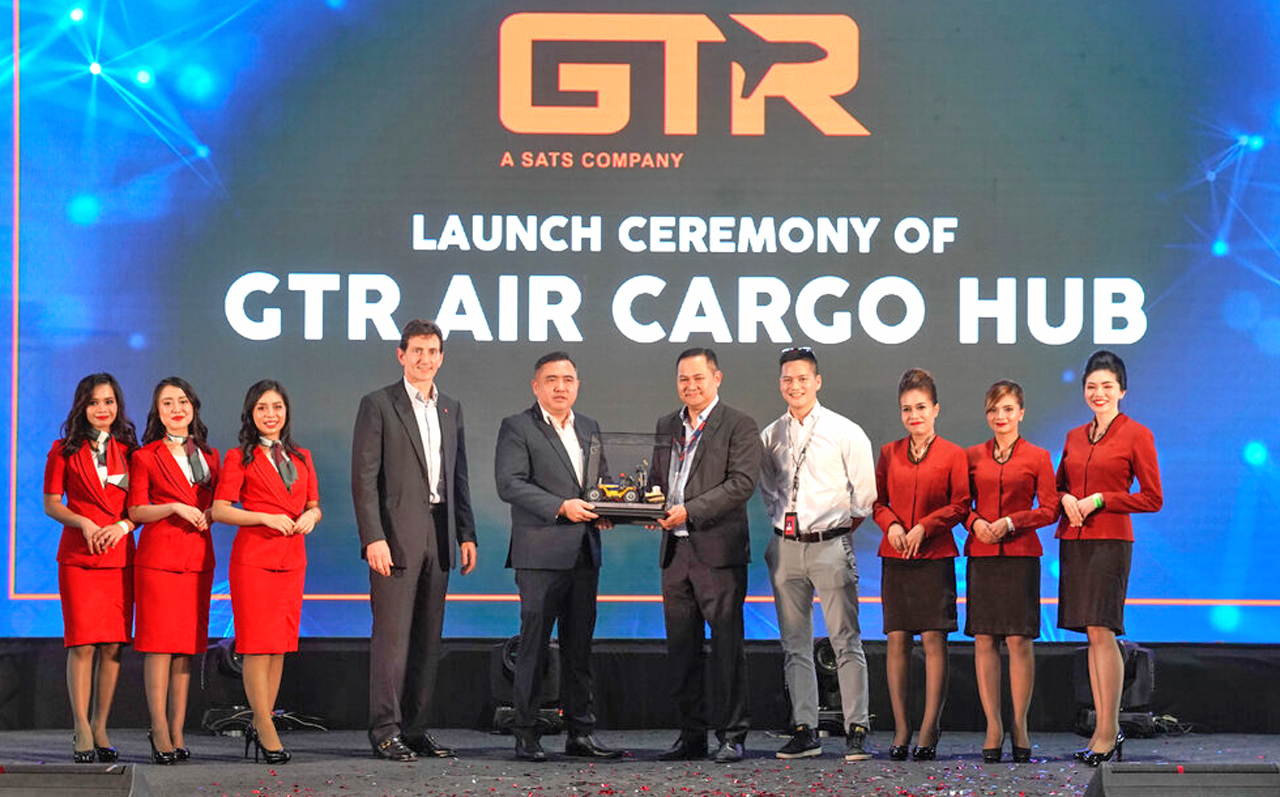 (From fourth left) Hungate, Loke, Chin and Chareonwongsak flanked by AirAsia crew at the launch of GTR Air Cargo Hub at the KLIA Air Cargo Terminal 1.

Located at the former low-cost carrier terminal in Sepang, the facility spans 93,000 square feet (sq ft) and was built at a cost of RM23 million. It adds additional storage to the existing 40,000 sq ft warehouse, and the combined facilities will handle 300,000 tonnes of air freight annually, strengthening Malaysia’s goal of being a regional logistic hub.

According to Minister of Transport Loke Siew Fook, this initiative will help further elevate KLIA and klia2 as a key logistics gateway.

“I would like to congratulate GTR on the launch of their Air Cargo hub today, and their efforts to enhance airline ground handling operations in Malaysia,” he said during the opening.

“It is an impressive facility and will help to further elevate KLIA and klia2 as a key logistics gateway, in line with my Ministry’s National Logistics Masterplan to develop Malaysia as a logistics hub.

“I would also like to see GTR replicate this facility, in particular their cold-room capabilities to other airports in Malaysia to add further value to our ambition of developing Malaysia as a logistics hub.”

“With global eCommerce players investing in the region, the increased capacity and digitalisation will enhance air cargo handling services,” he highlighted.

“We will continue our efforts to strengthen Malaysia’s position to become a world class logistics hub in the region by adding capabilities in other parts of Malaysia.”