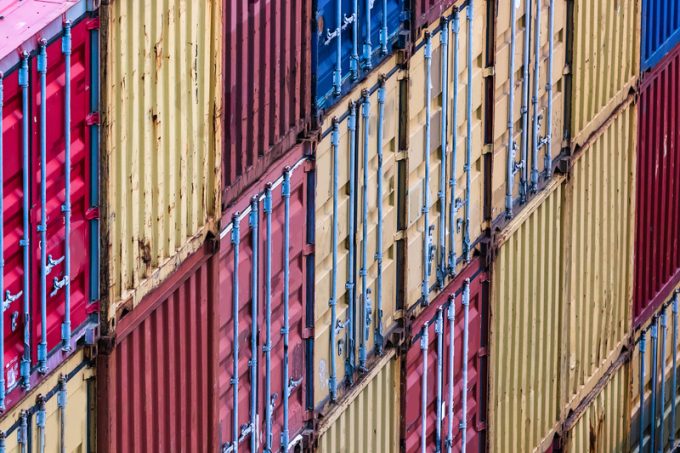 Ocean carriers appear to have succeeded in recovering around 75% of their IMO transition surcharges for spot and short-term contract business from Asia to North Europe.

And on the transpacific, the container lines appear to have achieved the full quantum of their low-sulphur surcharges.

This followed the $64 per teu gain in the previous week, when the LSFO (low-sulphur fuel oil) surcharges were rolled out.

Ocean carriers are generally looking to add an average $130 per teu to spot rates to cover the extra costs incurred in replenishing the fuel tanks of their ships with the more-expensive LSFO to comply with the IMO’s 0.5% sulphur cap on marine fuel that comes into force on 1 January.

At approximately $500 per ton, LSFO is currently twice the price of the HFO (heavy fuel oil) that, prior to IMO 2020, ships burned on the majority of their voyages.

Analysts at Jefferies estimate that Maersk, for example, will see its fuel bill increase by $1.8bn next year as a consequence of the IMO 2020 regulations. And interestingly, the analyst’s assumption is that Maersk will only recover around half of this through surcharges.

However, it is generally positive on its outlook for the Danish carrier and the market next year, where it forecasts higher freight rates driven by a tightening of supply.

On the Asia-Mediterranean trade, the SCFI recorded a $41 increase, to $771 per teu, after a $41 gain the previous week.

Notwithstanding the spot rate increases achieved on both routes, carriers will attempt to hike rates again on 15 December. With the Chinese New Year falling early, on 25 January, carriers are confident that the expected full ships from the cargo rush prior to the holiday will support the rate increases.

Moreover, carriers are looking to protect the rate gains from a post-CNY slump by announcing a number of blank sailings in Q1 and into Q2. For example, THE Alliance will void 13 headhaul voyages from its FE2, FE3 and FE5 loops.

Martin Holst-Mikkelsen, head of ocean (EMEA) at Flexport, told The Loadstar he expected demand to remain high through to the end of January.

“The SCFI index is slightly above the same period last year by some 3% for the week. Looking at a five-week average, the SCFI is on a par with 2018. This should be seen in the light of both IMO 2020 transition charges and the Chinese New Year taking place earlier, which could be interpreted as a somewhat bearish signal,” he said.