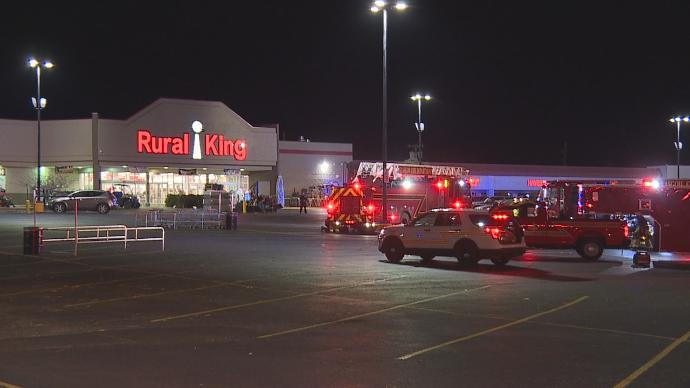 The Glasgow Fire Department tells us they gathered a sample of the suspicious material and were able to evaluate the material with the help of Barren County Emergency Management.

It was determined that the material was a flavoring food additive for human consumption.

Glasgow Fire says some of the store employees were among those who received symptoms of burning eyes and throat.

The fire department was assisted on scene by the Glasgow Police Department, Barren-Metcalfe EMS, and Barren County Emergency Management.

Units were on scene for approximately four and a half hours.
___________
Around 6:45 Thursday evening, Glasgow Police and Glasgow Fire Department responded to Rural King for a possible hazmat situation.

Police and firefighters quickly issued a hazardous material protocol closing off the store and treating people at the scene.

“[We responded] in reference to a barrel that had a strong odor coming from that barrel and what had happened was a customer had come into Rural King and purchased a large barrel and had taken it home off of this property, washed it out, and he detected a strong odor,” said Major Terry Flatt with the Glasgow Police Department. “At that time the individual returned the barrel back to Rural King.”

Police say 17 people total were treated at the scene and 6 of those taken to hospital.

One person went to hospital on their own.

Officials told 13 News people were treated for symptoms ranging from headache to nausea to a sore throat.

Officials are still investigating what the odor was and what caused it to affect people at the store.