Economists may not agree on the timing, but there’s growing consensus that the U.S. economy’s longest period of economic expansion in history will start to wane within the next few years.

When that day comes, supply chain managers will find themselves for the first time in more than a decade in a market of softening demand and increasing price sensitivity. As consumer spending slows, the ripple effects of excess inventories, price volatility, unused warehouse space and demand uncertainty could spread throughout the entire supply chain.

Experts say while economic forecasts can offer guidance, the best practice will be to involve the entire organization, keep a close eye on suppliers and look for subtle signs of trouble in the market.

An October 2019 model by Bloomberg Economics analyzed economic conditions, financial markets and measures of stress to forecast a 26% chance of recession in the next 12 months. As profitability declines, companies will look for ways to reduce costs and may pull back on hiring, which could impact consumer spending, Bloomberg analysts said. And as spending declines, so does demand for many products and materials.

“I think it’s not a matter of if we’re going to have a downturn but when,” Chris Craighead, a professor of supply chain management at the University of Tennessee, told Supply Chain Dive. “It’s part of a typical business cycle. You’re going to have ups and downs. Some industries are severely affected and some are less impacted by it.”

“The financial pressures can ripple through the chain.” 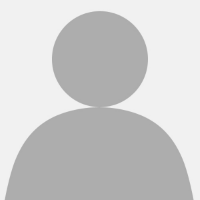 Professor of Supply Chain management at the University of Tennessee

Compounding the issue is the fact that many supply chain managers are currently consumed with the uncertainty related to tariffs, Craighead said. Supply Chain Dive reported in October that nearly 70% of U, .S. electronic manufacturers earned lower profit margins as a result. IPC, an association representing the electronics manufacturing industry, noted many organizations have already been impacted by the “administrative and operational burdens” of keeping track of the rules and reallocating tariff costs.

“It’s likely they envision some type of downturn in the future, but I wonder how much time they’re allocating to it because they have current fires that need to be put out,” Craighead said.

Risk in a downturn

Supply chain managers already face some risks that are static regardless of the state of the economy — strikes, natural disasters and quality control issues are always present. But these risks can be amplified and heightened during economic downturns, Craighead said.

One of the biggest and most immediate risks is softening demand, which can lead to excess inventory. It can be challenging to “slam on the brakes” when times are good, Craighead said. As inventories pile up in warehouses and the volume of business no longer matches the inventory, costs can rise significantly relative to revenues.

“You’ve placed orders, you have contracts in place,” Craighead said, “but suddenly, demand can be reduced significantly depending on the product you’re dealing with.”

Many supply chain leaders struggle to identify the right course of action and key demand planning applications don’t always work in a recession.

Increasing price sensitivity can also erode margins, Craighead said. A common problem is it “squeezes” the supply chain were organizations are left with excess inventory they have to discount while also trying to maintain the relationship with their suppliers. If the downturn goes on long enough, it can often lead to financial distress with partners, Craighead said. “The financial pressures can ripple through the chain,” Craighead said.

A command center approach to look for subtle signals

The winners in an economic downturn will be those that not only learn how to mitigate the risks and negative impacts but learn to capitalize on them. The best supply chain leaders will typically lean on their own talent as those in the trenches will often see signals of distress or a turnaround before analysts. While procurement and sales teams may sense market trends, financial leaders and other departments should also keep a pulse on the market.

“It’s almost like you get more of a command center-type approach, where you’re constantly trying to gather information, and you’re just trying to do the best you can to weather the storm,” Craighead said.

While common signs of a coming economic downturn could include a reduction in orders and increasing price sensitivity, there could also be other subtle signs. Sudden shortcuts in processes or differences in how a supplier operates could be a sign that pressure is rising. Even seemingly benign things like grass not being cut at a facility or changes in staffing could be signs of a downturn in business. “There could be good reasons for that but it’s really paying attention to those real subtle signals that you see, both on the demand and supply,” Craighead said.

As the prospects for a recession rise, organizations should also keep a closer eye on suppliers as a delay of payments from customers could push some into financial troubles, Baker said. A best practice is to identify which suppliers offer components that go into a high percentage of revenues and are a single source that no one else can supply. “We look at the financial health of a supplier using financial statements,” Banker said. “You may need to ask somewhat their contingency plans are and what you can do to help.”