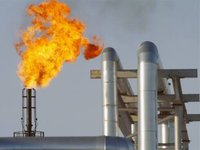 Naftogaz Ukrainy, the European Bank for Reconstruction and Development (EBRD), as well as ambassadors of the countries of the European Union and Asia have discussed the risks for gas production, which carries the law on public procurement, Naftogaz director for procurement Orest Lohunov has said.

“The ambassadors of the EU and Asia, representatives of the EBRD and other banks are aware of the risks to gas production that the public procurement law carries. State-owned companies (unlike their private competitors) will find themselves in an artificially created regulated environment unsuitable for structuring EPCF (engineering procurement construction financing) and PEC (production enhancement contracts) of contracts, vendor lists and other progressive practices,” he said on Facebook.