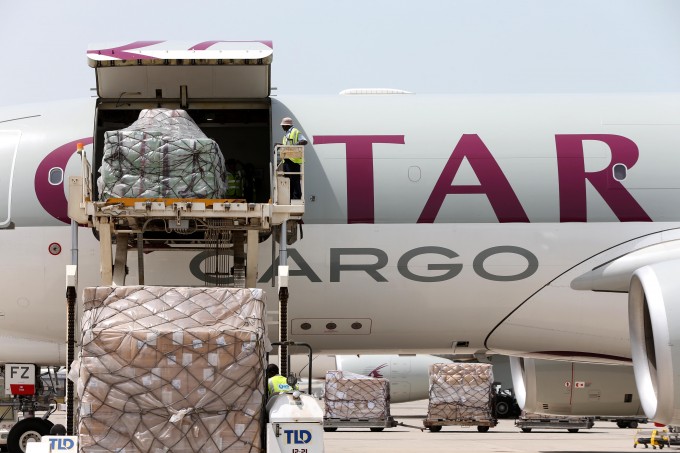 Qatar Airways Cargo has decided to ignore the potential threat to supply chains from widescale protests in Latin America, and is to introduce four new freighter flights in the continent.

In January, the carrier will llaunch services to Campinas, Brazil; Santiago, Chile; Lima, Peru; and Bogota, Colombia. All four countries have faced significant civil unrest in recent months, which has affected supply chains.

Operated by a 777 freighter, following the arrival of the carrier’s 21st into the fleet last week, Qatar will offer a twice-weekly flight into Bogota via Luxembourg and Miami, stopping at Liege on the return leg.

“There is a huge demand for South American fresh produce in Asia,” said Guillaune Halleux, head of Qatar Airways Cargo.

“With the introduction of our … freighter services, we offer exporters in South America a direct route for their cargo and a global network. Importers also stand to gain from the huge capacity to bring in their cargo to South America.”

Qatar Airways cargo has, in the words of one South American source, been “ramping up” competition in the region. While Ethiopian pulled a frequency to Quito in July, Qatar announced it was to add a fourth into the Ecuadorian capital.

“This decision is solely based on customer demand and is not linked with the fact that another carrier may have opted to pull out of this market. Ecuador is a valuable market for Qatar Airways Cargo, primarily driven by perishable products,” said Mr Halleux at the time.

Latin America has recently faced significant civil unrest and protests. Action in Colombia follows similar protests in Brazil, Ecuador, Peru and Chile since August. Bolivia too is facing political upheaval, and some observers believe that the protests will continue to spread in the continent. One local air cargo executive said he feared this would be the “start of some big changes” in Latin America.

Qatar Airways appears undaunted however, and according to market data from IATA, the Latin American region has fared better than some others this year. International traffic in the region fell just 1.1% in the nine months to September in freight tonne kilometres, against an overall global decline of 4.2%.But capacity measured in available freight tonne km grew 4.2% against global growth of 1.7%, suggesting the market is looking for places to add capacity pulled from elsewhere. Capacity has dropped in Asia Pacific, and has grown at a more muted pace elsewhere – with the exception of Africa..

Qatar said it expected to carry general cargo, pharmaceuticals and perishables on its new routes, along with some movements of live animals and high-value items like telecommunication equipment, electronics and other valuable cargo.