Oil up 4% on U.S. Crude Stocks Slide, OPEC Suspense Over Cuts By Investing.com

Oil up 4% on U.S. Crude Stocks Slide, OPEC Suspense Over Cuts By Investing.com 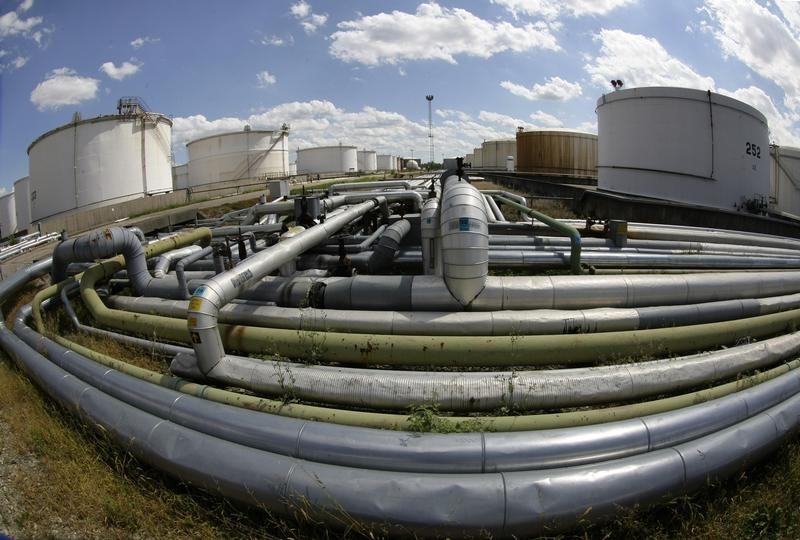 Investing.com – Oil prices jumped Wednesday as data showed U.S. crude inventories fell more than expected last week. The market was also propped up by silence from OPEC’s most powerful members on whether they would go ahead with deeper production cuts some say the cartel and its allies need to avoid a looming crude glut.

Crude futures surged more than 4% before settling off the day’s highs as weekly oil inventory data from the Energy Information Administration (EIA) also showed higher-than-expected builds in fuel products such as gasoline and distillates. Yet, uncertainty on what OPEC and its allies could do in meetings over the next two weeks kept much of the session’s gains intact.

The rally came after two days of subdued activity in oil due to mixed expectations for the Dec. 5-6 OPEC meetings in Vienna. Prior to that, WTI and Brent crashed nearly 5% on Friday as OPEC’s key ally Russia signaled it may not be ready to support an extension of current cuts.

The EIA said U.S. fell by 4.9 million barrels for the week ended Nov. 29, compared with expectations for a drop of 1.73 million barrels, according to forecasts compiled by Investing.com.

“It appears that refineries are back in full force and drawing down crude to turn out products, which in turn, aren’t moving as much as market bulls would expect given the seasonal trends at this time,” Investing.com analyst Barani Krishnan said. “Instead of crude builds, we now have higher-than-expected gasoline and distillate stockpiles.”

“We’re likely to see steady distillate builds from here with some exception for holiday-season trucking delivery,” Krishnan added. “Unless we get unexpectedly high demand for from a polar vortex in January/February, I don’t see distillates staying as the outlier for the oil complex. Gasoline demand is already on the wane, as per seasonal trends.”

OPEC’s kingpin Saudi Arabia was non-committal on Wednesday to claims by some within the group that a deeper production cut of 1.6 million barrels per day — versus the current 1.2 million bpd — will be debated in meetings over the next two days. Saudi Oil Minister Abdulaziz bin Salman, when asked to comment, only said that the outlook for crude was as “sunny” as the weather.

Thamir Ghadhban, oil minister of Iraq, the country notorious for violating OPEC production pacts, said earlier on Wednesday the group needed to reduce another 400,000 bpd. He, however, retracted his call later.

OPEC+, the enlarged group of the cartel that includes Russia, agreed on the current 1.2 million bpd cut, which accounts for about 1.2% of world crude supply, in December 2018. It has already extended the agreement once, in July, to March 2020. The current meetings could seek a further extension with no change or result in smaller or deeper reductions.

Aside from the OPEC uncertainties that were keeping the market up, oil prices also got a boost from the Trump administration’s insistence that talks between the U.S. and China were still on, despite the president himself saying on Tuesday that there would be no deal until after 2020.

“Trump is back to sending markets on a wild goose chase with his off-on-and-now-on-again trade talks with China,” said Krishnan.