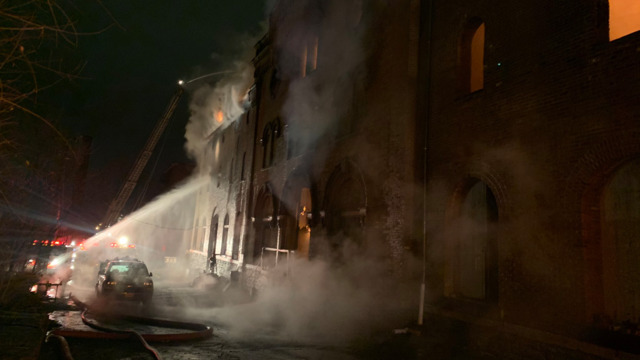 2 Alarm at the old Jackson Brewery still under fire conditions after thousands of gallons of water applied by Cincinnati Fire Dept. Fire companies will be on the scene for some time. https://t.co/lnM3GfmVMb pic.twitter.com/qAdHaFIyTa

According to another tweet by the fire department, fires have taken over all floors of brewery, and the department reported that the building’s over-a-century-old structure has been a challenge for their teams.

A report by WCPO stated that since the fire department arrived, part of the warehouse and roof have collapsed. “Firefighters on scene said the former brewery is a ‘total loss,’ and they expect the rest of the building to collapse,” WCPO’s Jasmine Minor and Zach McAuliffe reported.