The new thresholds are set out in the table below.

When the UK leaves the EU, responsibility for reviewing the UK thresholds (every two years) will pass from the EU Commission to the Cabinet Office (in England, Wales and Northern Ireland) and the Scottish Ministers (in Scotland), under Brexit amendment regulations. 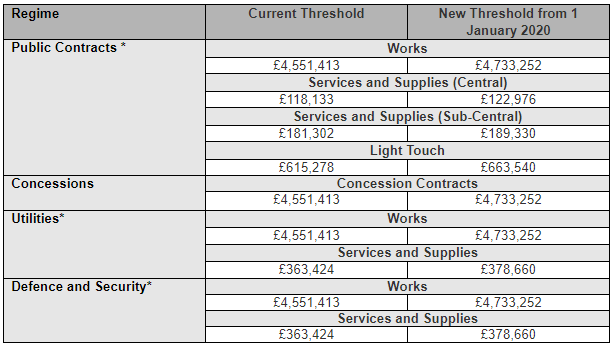