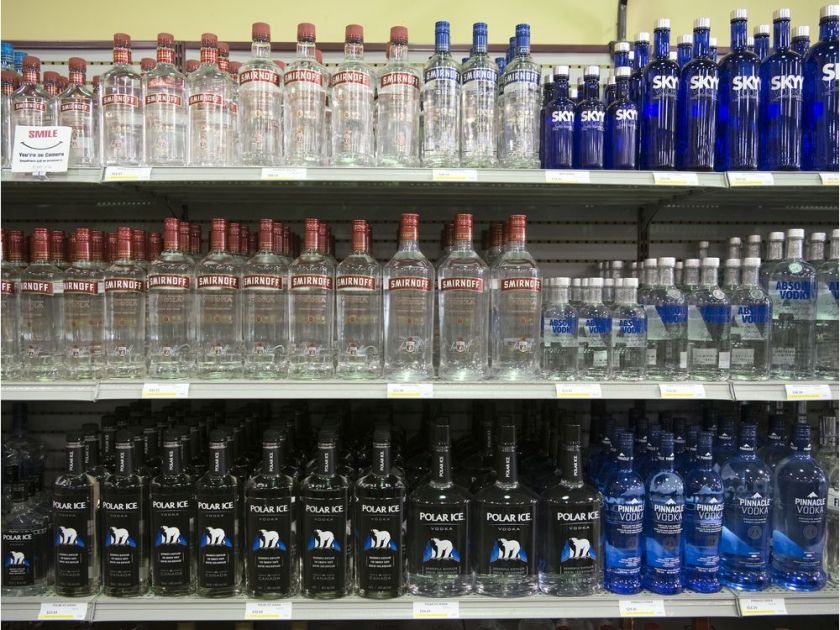 Vodka for sale at the Victoria East Liquor Store in Regina.

Garth Harris knows a website where he can look up 872 different types of vodka.

But he can’t order them direct to his store, Thirsty Dogz Liquor in Preeceville. He has to go through the Saskatchewan Liquor and Gaming Authority (SLGA). In Harris’s view, that leaves much to be desired.

It can take weeks, even months, to get what SLGA calls “specialty products.” His customers want selection, and they want it now.

Harris is happy to hear that those timelines could soon speed up, as the government moves forward on plans to allow private warehouses to stock and ship specialty liquor and wine in Saskatchewan.

Gene Makowsky, minister responsible for SLGA, introduced legislation on Wednesday to open up the specialty liquor warehousing market in Saskatchewan. He said the private warehouses will be “complementary” to SLGA’s existing distribution centre, which will continue to process higher-volume products.

He said the changes are similar to what’s already in place for beer and will provide easier access to niche products for Saskatchewan consumers.

“There’s hundreds of thousands of products potentially out there that could be imported into Saskatchewan,” he said.

“I see this as, again, allowing more choice into the marketplace.”

“We were at their mercy,” Makowsky said. “This will allow Saskatchewan business to house those products that they choose outside of the ones that are available at the DC.”

According to Makowsky, the changes shouldn’t lead to any losses in revenue for SLGA, which will continue to charge the same markup on products handled through private warehouses.

“Who knows? If those products happen to be higher priced and we get more, there could be more revenue into the provincial coffers from markups,” said Makowsky.

He told reporters that he doesn’t foresee any job losses at SLGA as a result of the move. He noted that specialty liquors are a small part of business, at about five per cent of total volume.

The chairwoman of the SGEU local representing SLGA workers declined comment on what the changes will mean for workers, saying she needs more time to reflect on the proposal.

SGEU has objected to previous moves to privatize the liquor market in Saskatchewan, notably the privatization of about 40 SLGA liquor stores in recent years. The union’s contract guarantees that the existing 36 SLGA liquor stores will remain in public hands until March, 2020.

But there is no word on what will happen after that. Makowsky did not make any commitment one way or the other when asked on Wednesday.

The private warehousing changes will come into effect immediately upon passage of the legislation, according to the government.