Thule created its newest stylish and functional cargo boxes with snowsports in mind.

Launched this year, Thule modernizes its look to match today’s cars.  The result is the Vector M and Vector Alpine, two cargo boxes meant to carry gear through the nastiest conditions while fitting in on modern cars and SUVs.

Thule’s Vector cargo boxes bring high-end styling to the world of rooftop carriers. Thule has won multiple design awards for its blend of durable function with Scandinavian aesthetics, and these boxes come with premium bells and whistles to match their low-profile looks. 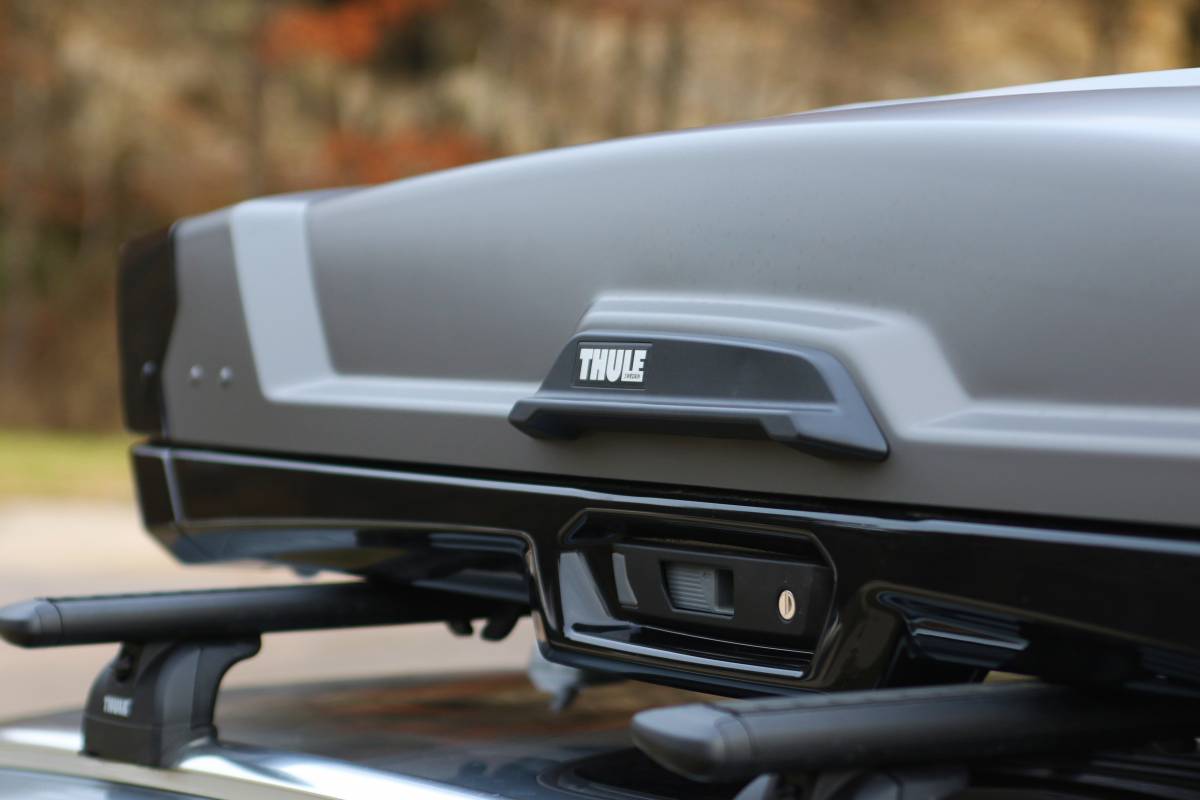 The Vector M and Vector Alpine roof boxes mount toward the front of the car so that the nose of the box slopes toward the windshield and sits below the bottom of the cargo hold. The back of the cargo box accommodates an opened hatchback door. A sloped front end and swooshed back result in a sporty and aerodynamic profile.

With these boxes, Thule intends this to complement the silhouettes of modern cars. Adding to the overall streamlined aesthetics is the seamless integration of the carrier’s lid and base.

Appearances aside, Thule designed the boxes to solve real-world issues. To make it easier to load and unload in the dark (or bad weather), the lids of the Vector M and Alpine carriers have a white interior and an LED light.

The lid also opens from either side. A slide lock, used on some of Thule’s other boxes, provides a visual cue for when the box is closed (just like the manual door locks in cars of yore). 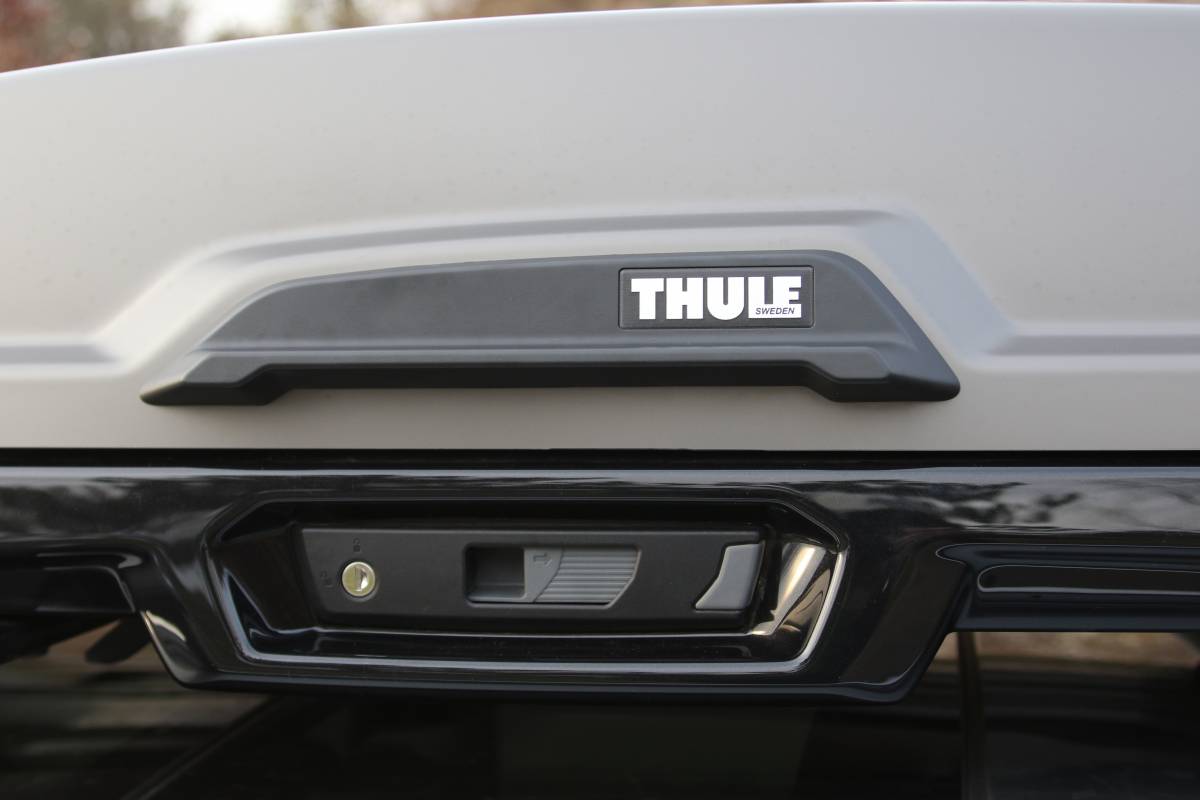 Two people can secure the boxes on the rooftop crossbars. The mounting feet slide along a recessed track to fit a variety of roof racks and then close around them with twist handle that audibly clicks when there’s enough tension.

The Vector cargo compartments are deep enough to hold small packs, climbing ropes, and boots. But Thule designed them with an eye on snowsports. Both cargo boxes provide 13 cubic feet of storage, but they differ in profiles and capacity. 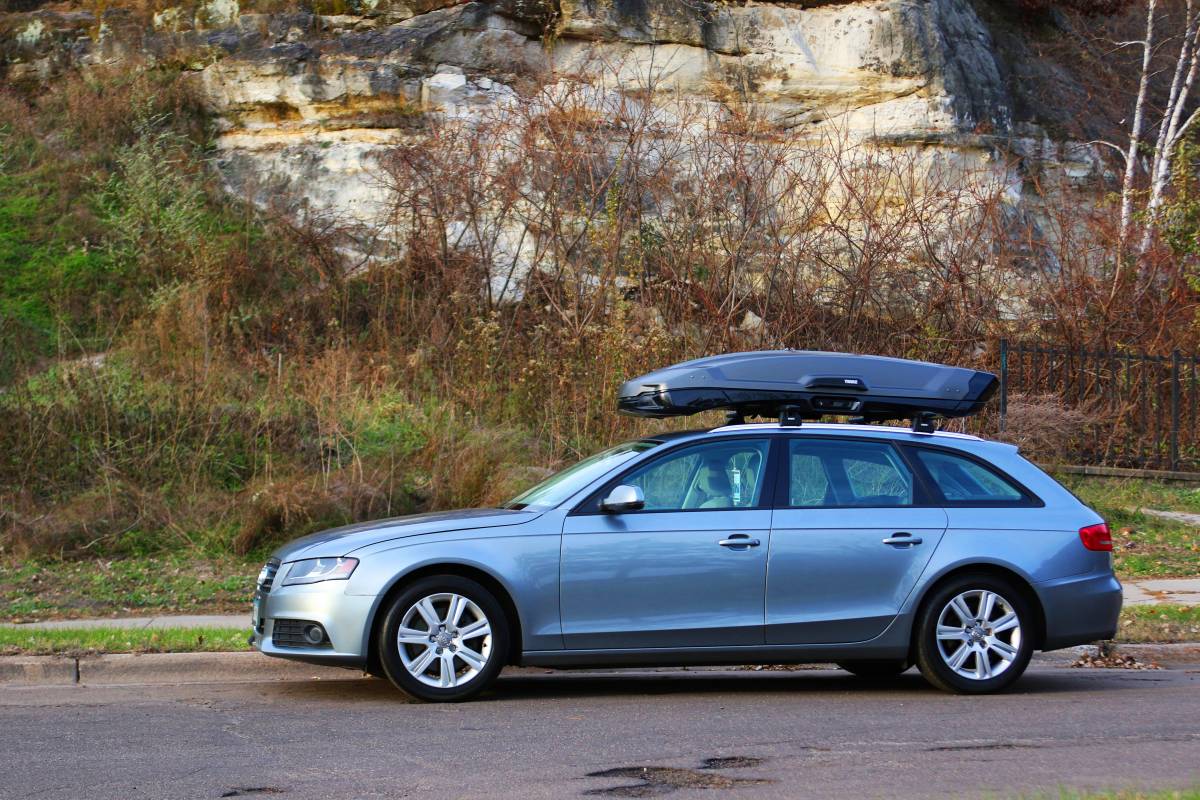 The Vector M sits 14 inches off the crossbar and holds up to five pairs of skis, each getting its own slot in the felt-lined base for increased protection during the bumpy commutes. Snowboarders, don’t feel left out — you can fit in three to four boards, too.

The Vector Alpine is a longer, lower version; sitting 12.5 inches off the crossbar, it can hold five snowboards or six pairs of 200cm skis.

Thule’s Vector boxes weigh roughly 60-65 pounds and can hold up to 165 pounds of cargo. 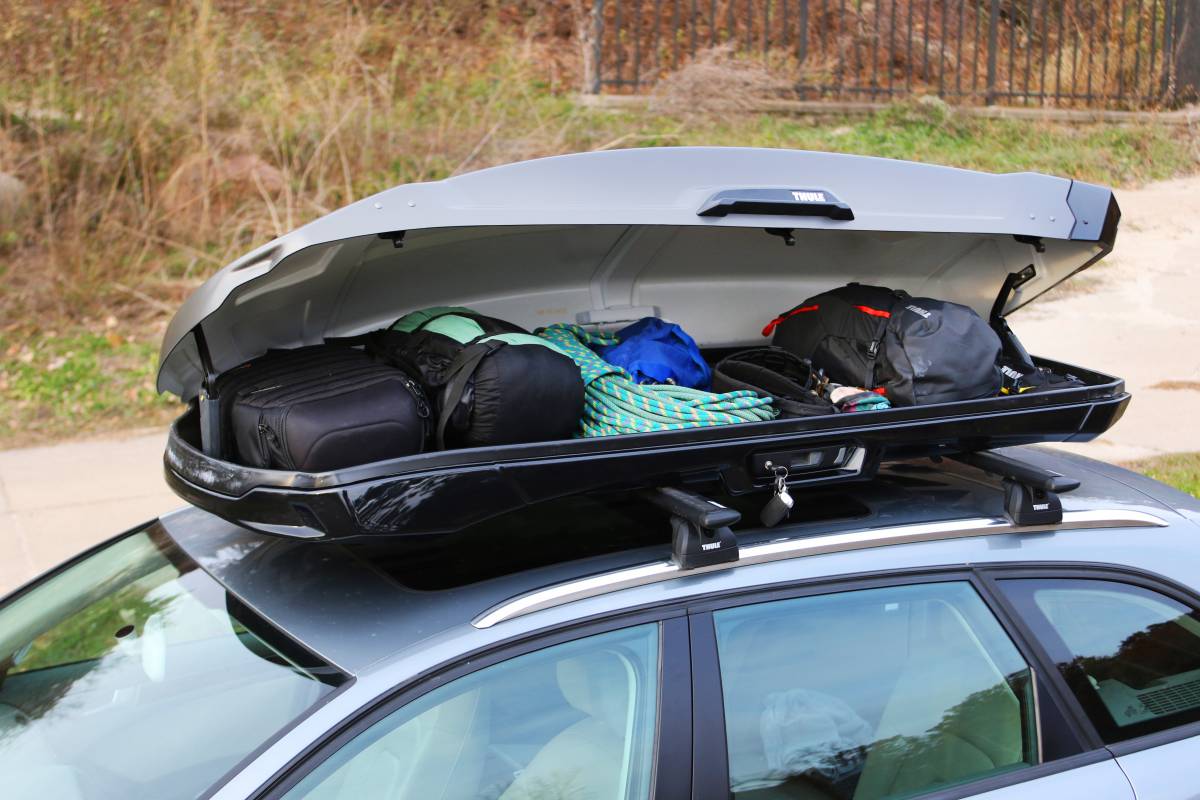 Designed to be both ultra-modern and functional, the Vector M and Alpine Cargo Boxes will complement the look of your car while holding your beloved snow or adventure gear. Thule created them with the end-user in mind as an effective gear-hauling tool for many outdoor enthusiasts.

This article is sponsored by Thule.