Chicago has issued a foundation-services building permit of $24,545,535 for a warehouse. The warehouse will be at the site of the former Crawford Power Generating Station in Little Village. The permit was issued on Nov. 20.

HRP is delighted to get the permit as they say that they will construct a modern, one million sq. ft. logistics facility on the 70-acre area. The site will be known as “Exchange 55”. HRP has gotten to work immediately as they have started the demolition of the existing structures.

Morgan/Harbour Construction is the general contractor of the project. HRP has given some details of the former power generating station on which the warehouse will be built. The station was built in 1924.

According to HRP’s website, the station was “closed in 2012 after a 12-year discussion process with the neighborhood over environmental issues and has remained dormant since Midwest Generation filed for bankruptcy in 2012.” The key subtrades include: 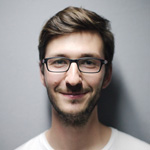